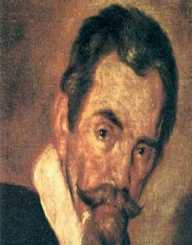 Orlando de Lassus was born in 1532 in Mons, County of Hainaut, Habsburg Netherlands. There is not much information about his early years, except for some stories. One of these is that he was kidnapped as a child three times, because of the beauty of his voice. When Lassus was 12 years old, he left the Netherlands and went to Mantua, Sicily and in 1547 arrived in Milan. In Milan, he met Spiritol’Hoste de Reggio, who was a major influence on his musical style.

During the 1550s, Orlando Lassus worked as a singer and composer in Naples. His first known works come from this time. Lassus later moved to Rome and worked for the Grand Duke of Tuscany, Cosimo L de’Medici. In 1553, he became the maestro di capella of the Basilica of Saint John Lateran, which was a very prestigious post for the 21-year-old musician. He remained in the post for one year.

In 1554, it was believed that Orlando Lassus traveled France and England, but the following year he returned to Low Countries. He published several works in Antwerp during 1555 and 1556. He then joined the court of Albrecht V, Duke of Bavaria. He moved to Munich permanently and in 1558 married Regina Wackinger. She was the daughter of the Duchess’ maid of honor. The couple had two sons, who became composers, and a daughter. In 1563, Orlando Lassus succeeded Ludwig Daser in the post of maestro di cappella. He remained in the service of Wilhelm V for the rest of his life.

Orlando Lassus had gained a lot of fame, and starting from the 1560s, many composers traveled to Munich to study with him, for example, Andrea Gabrieli, who remained in Lassus chapel for a year. In 1570, Emperor Maximilian II conferred nobility upon Lassus, which was rare for a composer. Pope Gregory XII knighted him in 1571 and by the king of France, Charles IX in 1573. Many of these noble men tried to lure Lassus into working for them, but he was more interested in the stability of his position in Munich.

During 1570s and 1580s, Orlando Lassus made several trips to Italy to learn about the most modern styles and trends. Despite learning about the avant-garde activities, Lassus’ work remained conservative and in his later year became more refined. His health began to decline in 1590s.

Lassus’ final work is considered to be the set of 21 madrigals spiritual, the Lagrime di San Pietro, which was dedicated to Pope Clement VIII. Lassus died on June 14, 1594. In the same day, his employer wrote a letter to dismiss him due to economic reasons, but Lassus never saw the letter.

Orlando Lassus is known as one of the most versatile and universal composers of late Renaissance. He wrote more than 2000 works in Latin, French, Italian, and German. However, no strictly instrumental music by Lassus is known to survive or to have existed. Lassus was a Catholic and often wrote sacred music. There are almost 60 complete masses that have survived. He wrote mostly conservative masses, many of them based on the secular French chansons. He also wrote “brief masses,” meant for brief services, like hunting days.

Orlando Lassus is one of the best-known composers of the musica reservata- intensely expressive setting of text and chromaticism, specifically written for connoisseurs. He wrote four settings of the Passion for each of the Evangelists, all in a cappella voices. Besides these works, he also wrote hymns, canticles, Passions, Lamentations and some other individual pieces.