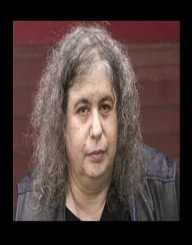 Andrea Dworkin used her background in writing to oppose the adult entertainment industry. The feminist and activist fought against the subjugation of women and supported women's civil rights.

Andrea Dworkin was born on September 26, 1946, in Camden, New Jersey. Her father was a school teacher. Her mother was a strong believer in pro-choice and legal birth control. Both of her parents were socialists and instilled their beliefs in their children. Not only did her parents influence her activism, but also some of the dramatic events in Dworkin's life.

When she was nine years old, Andrea Dworkin was sexually molested by a stranger while at the movies. Also, Dworkin went to prison after her arrest protesting the Vietnam War. While in prison Andrea Dworkin had to endear a pelvic exam that was humiliating to her. Her testimony against the prison caused an uproar to the point that the jail was eventually closed.

Andrea Dworkin attended Bennington College. She earned a degree in literature in 1968.

Andrea Dworkin had been writing for a long time but started poetry collections and a novel while in Greece. When Andrea Dworkin returned to the United States after living in the Netherlands, Andrea Dworkin worked for fellow poet Muriel Rukeyser. It was Rukeyser's encouragement that led to Dworkin's professional career as a writer. Pornography and radical feminism were the topics of her first book Woman Hating. Her criticism helped her gain a voice as an advocate against the adult pornography business.

Andrea Dworkin worked with Catharine MacKinnon, a feminist attorney, on an ordinance that allowed people to sue pornography producers. Their reason was that pornography was a form of sex discrimination. The ordinance was declared unconstitutional by the U.S. Supreme Court on the basis that it violated first amendment rights. Andrea Dworkin continued to speak out against pornography and the violation of women's civil rights in her 1981 book Pornography: Men Possessing Women.

Andrea Dworkin spoke to groups and organizations about the effects of pornography on society. Her efforts and support helped others who were fighting against the unfair and negative treatment of women. Andrea Dworkin argued against all forms of pornography as it incited violence against women. When the publications in the United States would not print her work, Andrea Dworkin was able to get them published abroad, particularly in Great Britain.