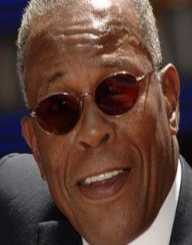 Rod Carew is a Panamanian baseball player and coach.

Rodney Cline Carew was born during a train ride in the town of Gatun, Panama, on October 1, 1945. His father, Eric, was a painter. His mother’s name was Olga. When he was a teenager, he moved to the United States together with his family.

They settled in the neighborhood of Washington Heights in New York City. There, he attended the George Washington High School.

Rod Carew began his career by playing semi-professional baseball. He played for the Bronx Cavaliers. He was spotted by several sports scouts. They helped him find an agent.

He began his career in the minor league by playing for the Melbourne Twins. He then transferred to the Orlando Twins. After that, he played for the Wilson Tobs.

In 1967, Rod Carew signed with the Minnesota Twins. He won an award for Rookie of the Year. He was also elected to the All-Star team every year. From the beginning of his career, he had played second base. In 1975, he moved to first base. In 1977, he won the American League Most Valuable Player Award. In 1979, he decided to leave the team because he did not like the way he was treated.

Rod Carew transferred to the Los Angeles Angels. He stayed with the team until 1985. After that, they refused to offer him a new contract. Also, no other teams made new offers.

He suspected that the owners decided not to hire him on purpose. He was forced to retire, but he received monetary compensation.

After his retirement, Rod Carew served as a baseball coach for a while. He coached some players playing for the Angels and the Milwaukee Brewers.

From 1970 to 2000, Rod Carew was married to Marilynn Levy. They have three daughters – Charryse, Michelle, and Stephanie.  In 2001, he married a woman named Rhonda. She has two children, Cheyenne and Davon, from her previous marriage.

In 2015, Rod Carew suffered a great heart attack during a game of golf. He had to have a left ventricular assist device implanted. The next year, he started Carew Medical Wear, a company for those devices. After that, he had a heart transplant.

Rod Carew received the American League Batting Champion award seven times. He was inducted into the National Baseball Hall of Fame, as well as the Caribbean Hall of Fame.

He was also placed into the Halls of Fame of both the major league teams he played for, the Minnesota Twins and the Angels. In 2004, the national stadium in Panama City was named “Rod Carew Stadium.”