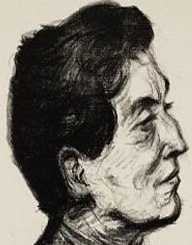 Alban Berg was born on February 9, 1885, in Austria. His parents were Johanna (Braun) and Conrad Berg. He had three siblings: Charly, Hermann, and Smaragda. Sadly, Conrad died while Alban was still a teenager, which influenced his life terribly.

As a child, Alban Berg cared more about writing and literature than playing or composing music. Although, most of his family had some sort of musical talent, and the family’s life was deeply intermingled in music. They even had a pipe organ in their home, which most families did not. However, as a teenager, he developed a passion for music, that would guide his career for the rest of his life.

When Alban Berg was a preteen, he began attending the Communal-Oberrealschule. There, he studied several languages, religion, as well as the basic school subjects. As school became more difficult, he became frustrated with school. When not in school, he would read or play music, which nurtured his interest in both subjects.

Shortly before and for some time after his father’s death, Alban Berg started to be mentored by a family friend, Hermann Watznauer. Watznauer tutored Alban Berg in the school subjects he was already involved with, but also began teaching him about Austrian culture and especially music. It was around this time when Alban Berg became obsessed with music and started composing. However, it was not until years later, in 1904, that he actually graduated from school.

Sometime around the late 1890’s into the early 1900’s, Alban Berg began writing his own music. However, his life was becoming complicated, as he impregnated his family’s servant in 1902. His life became so stressful that he tried but failed, to commit suicide in 1903. With surviving, he learned to appreciate what he had, and he devoted his life to music. By the next year, he had already written dozens of pieces for both singers and pianists.

In late 1904, Alban Berg began taking music theory classes under the instruction of Arnold Schoenberg. He was impressed by Berg’s skill and agreed to train him even after the classes were over. Alban Berg studied with him from 1906 until 1911. While being taught by Schoenberg, Alban Berg continued to compose music. Because of this, much of his music from around this time can be heard to have a significant influence on Schoenberg’s style of music.

After his training was complete, he remained friends with Schoenberg but composed music more or less on his own. This music had more of a unique style to it. Berg was experimenting with music, and it showed. At one of his concerts in 1913, the music was so different from anything people had heard before that they started rioting at the concert.

In 1914, Alban Berg took to writing operas. However, around this time, World War I began. Alban Berg postponed his writing to fight. Some of his early works are listed below.

During World War I, Alban Berg fought in the Austro-Hungarian Army. He joined the army after the war had already been going on for some time, in 1915. He remained in the army for two years but later left, as his asthma was making it difficult to complete all of the tasks he needed to.

After World War I, Alban Berg returned to focusing on music. He moved to Vienna and started to tutor prospective musicians. It was also around this time (the early 1920's) that he began working on his operas again. He finished his first opera, Wozzeck, in 1921. However, the opera did not premiere until 1925. The opera was a success and set up Alban Berg and his family with a fair amount of money.

After the success of his opera, Alban Berg returned to writing music outside of operas for the next several years. It wasn’t until 1929 that he began to work on his next opera. However, he never finished it, as he died before it was completed.

In 1929, he was well known as a wonderful music teacher. However, he was discredited when the Nazi party started to become more powerful in the 1930’s. Alban Berg hadn’t actually done anything to personally offend the Nazi party, however, because he studied under Schoenberg (who was Jewish), the Nazi party marked his music as unfit to be listened to.

The Nazi ruling on his music made him unpopular very quickly. His concerts around the country had to be canceled. He was hard for him to acquire more money because of this. Luckily, he was already wealthy from his previous music. In 1932, he moved away from Vienna to have solitude, where he would work on his second opera (which was never finished).

In 1935, he was commissioned to write a music piece for Louis Krasner. Initially, Alban Berg didn’t want to do it, but he later agreed. The piece was finished only a few weeks later and was titled Violin Concerto. It was the last piece of music Alban Berg would ever complete.

Some of his late compositions are listed below.

Alban Berg had one child, Albine, in 1902. Her mother was Marie Scheuchl, who was one of Berg’s family servants. He later married Helene Nahowski in 1911. This couple had no children together, but they were married until Berg’s death.

Alban Alban Berg died on December 24, 1935. The cause of his death was septicemia, a type of blood poisoning most often caused by bacteria.  He was only 50 years old when he passed away.