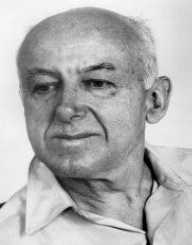 Henry Cowell was an American songwriter, composer, and pianist who significantly contributed to the field of music by his compositions which tackled polytonality, polyrhythm, and atonality.

Henry Cowell married folk-music scholar Sidney Hawkins Robertson in 1941 of which aided in the attainment of his freedom. He died due to various illnesses in Shady, New York on December 10, 1965, at the age of 68.

The Musical Prodigy’s Upbringing and Education

Born on March 11, 1897, in Menlo Park, California as Henry Dixon Cowell, his musical style in writing was derived from his parents who both worked as bohemian writers. His father, who was of Irish lineage, was an immigrant and his mother previously worked as a schoolteacher.

The family later moved to Iowa just when Cowell started to show a tinge of talent: he was able to play the violin at the young age of 5. The following year in 1903, he experienced his parent's divorce, and the young Cowell lived with his mother, Clarissa Dixon. Her mother also worked as an author and is responsible for the novel Janet and Her Dear Phebe, which portrays the theme of feminism way ahead of her time.

Despite his parents’ divorce, Henry Cowell remained in contact with his father who led him into the world of Irish music. He grew up under the home tutelage of his mother and did not receive any formal education. Regardless of these circumstances, he began composing during his teenage years.

At 17, he produced the highly repetitive musical piece Anger Dance, and he was also admitted as a protégé to the prestigious University of California, located in Berkeley.

Henry Cowell studied in Berkeley for two years of which he tackled the topics of harmony and other subjects that pertain to music. Following Berkeley, he went to New York City and got acquainted with the pianist Leo Ornstein. During his stay in New York, he produced the 1916 piano composition Dynamic Motion which probed the prospect of the tone cluster in music.


A Stain in the Musician’s Reputation

Henry Cowell's work and talents gained him a lot of opportunities to put his skills into use. However, the composer suffered public disdain when he was involved in a controversy in May 1936.

At the time, Cowell was arrested on the grounds of “morals” when he was said to be having oral intercourse with a minor. Upon questioning, he admitted to the act and to the fact that he performed intercourse with the student and his other male friends after initially denying the allegation.

He was sentenced to prison and served the first four years of his sentence in San Quentin State Prison. He became the music conductor during his service there, teaching his fellow inmates music and directing the prison band while continuously writing music. In 1942, he was granted parole and returned to his music.

However, the general public expressed that his time at prison affected his music for his tones became more subdued and seemed to have been born out of fear.

Cowell’s Legacy in the Field of Music

Besides his lyrical genius as a composer, one of the most significant contributions of Henry Cowell in the field of music is the development of the “string piano” technique.

This style of music playing is characterized by strumming the piano’s chord, rather than the regular pressing of keys. His music has touched and influenced a lot of musicians who succeeded him, such as John Cage and George Gershwin.