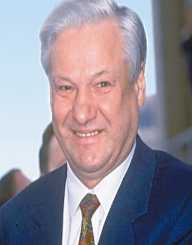 Boris Yeltsin is the first ever President elected in the Russian Federation after the collapse of the Soviet Union. He served as the country's president for nine years before voluntarily resigning in 1999.

His term as president was plagued with controversy as the country fell into a series of widespread corruption, distraught economy and price inflations.

Boris Yeltsin is married to his wife, Naina Iosifovna Yeltsina. The married couple has two daughters together: Yelena and Tatyana.

From Construction To Politics

Born on February 1, 1931, in the village of Butka at Sverdlovsk, USSR, his full name is Boris Nikolayevich Yeltsin. His family immediately relocated to Kazan shortly after his birth.  His parents were Nikolai Yeltsin and Klavdica Vasilyevna Yeltsina. Nikolai worked in a construction site whereas Klavdiva earned a living by being a seamstress.

Boris Yeltsin took an interest in the construction industry, therefore, enrolling himself in Ural Polytechnic Institute in 1949 and graduated in 1955 with a degree in construction. Upon graduation, he worked with a couple of business firms such as the Uraltyazhtrubstroy, a business involved in concrete. Yeltsin also served as the superintendent of construction at the Yuzhgorstroy Trust before he finally took an interest in politics.

Boris Yeltsin became a member of the communist party back in 1961 while he was still in the construction business. It was not until 1968 did he actively participate in the communist party. He held some positions from handling construction to being promoted as the First Secretary. He also became a member of the policy-making party of the Communist Party called Politburo. Yeltsin also won a seat at the USSR Congress of People.

On July 10, 1991, Boris Yeltsin officially assumed office as the first president of Russia. Under his administration, he took action by proposing a new constitution for Russia as well as the termination of government-priced subsidies. Although with good intention, his actions were somewhat met with criticism. With the growing problems of the country, eventually, Yeltsin officially handed in his resignation on December 31, 1999, and turned over to Putin.

Throughout his political career, Boris Yeltsin was known to be dependent on alcohol. A lot of media coverage have Yeltsin's face splattered on the news. He was more known lately due to this event rather than his political prowess. It became even more apparent whenever he made diplomatic appearances to various countries. Most notable of these is when he made headline news in 1995 when was found barely clothed and hailing a cab near the White House, obviously drunk.

Besides his drunken behavior, Yeltsin also suffered from various diseases of which prominent of these involves sickness of the heart. Even before he took the seat at the highest office, Boris Yeltsin was known to struggle with it for many years and in due time led to his death.

Boris Yeltsin died of congestive heart failure on April 23, 2007. His successor, Vladimir Putin, declared the day of his funeral as a national day of mourning. Putin suspended all programs and lowered the nation's flag at half-mast at the occasion.