Cranes are one of many animals that have great symbolism in many cultures. The crane spirit guide can be found in the wild in almost all of the continents, except for Antarctica and South America. Cranes can be found in all of these continents because of their varying preferences for habitats. Some species of cranes like swampy areas, others wooded, and still others like muddy areas.

There are fifteen known different species of cranes that can be further organized within four different genera. While herons are not the same thing as cranes, they are often confused for each other because of their similar appearances. This could be why crane and heron symbolism are often similar.


Some species of crane animal totems are known to be the world’s largest flying species of bird. However, since there are so many different species of crane, the birds vary greatly in size, habitat preference, and general actions. Cranes usually have long legs and necks. They can be as short as three feet and as tall as almost six feet tall. Some of these species of cranes migrate, while other species are only found on a single continent.


Many types of cranes travel and live in groups, so it would be strange to find one alone. Cranes mate for life, have a certain language to them, and are territorial. In many ways, cranes are like people. This could be why there are so heavily symbolized in some cultures. 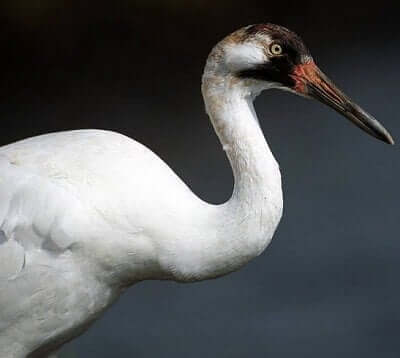 
In China, the crane is regarded as being the “prince” of all birds. The Chinese made these birds the symbol of longevity because they live for a long time when compared to other types of birds. Some legends say that cranes can live for as long as a thousand years. These birds were also seen as being highly graceful. The bird’s swift moves and mating “dancing” even inspired a few dances for humans, as well as Kung Fu moves.

There are even Chinese stories about the souls of the recent dead traveling to the heavens on the backs of cranes. Another Asian country that holds the crane in high regard is Japan. There is a Japanese saying that anyone who folds a thousand origami paper cranes would be given one wish. Some may have actually thought that the crane symbol was magic or holy.

The crane symbolic meaning has not gained such high praise in other cultures. For instance, in ancient Greek culture the crane symbolism was seen as an omen. There is one Greek story in which a thief was unmercilessly followed and attacked by a crane until he confessed his crime. In other stories the cranes keep a vigilant watch on humans, even in the night. However, not many countries look poorly on the crane. In most countries, in Asia especially, the crane is practically worshiped, and was in some ancient countries.

Over all, cranes are viewed highly in stories and are symbolized in that way. In many cultures cranes are a symbol of happiness, longevity, and good fortune. In some areas they are even said to be mystical, magical, or holy creatures.

Unlike in Greek stories, the crane is a sign of good luck and good things to come. Seeing a crane animal totem is much more of a blessing than a curse. The crane spirit guide’s power is said to be able to last all year long, so it can help at any time.

After all, the always vigilant crane could never let someone stray off of their path or fall into harm, at least, if the person was kind and good-hearted, much like the crane itself is symbolized as being.