10 Ways To Overcome The Greatest Fears In Marriage

10 Ways To Overcome The Greatest Fears In Marriage

Getting married is one of the most significant and most difficult decisions one would have to take in life. This is because, in an ideal way, you would have to spend the rest of their life with someone you don’t know from Adam. The decision, therefore, comes with mixed feelings being, happiness, eagerness, being tensed and having some fears about whether is it going to work or not.

It is very reasonable to feel this way. Though everyone thinks of a rosy marriage, it also comes with some challenges and not taking the right decision can ruin your life forever making you one of the unhappiest people in this world. With this, many people harbor fears when taking this lifetime decision. Nonetheless, one can overcome the greatest concerns in marriage by taking some calculated steps including the following ten.

#1. Identify and Deal With the Fear

It is easier to solve a problem once you can identify it. Try to identify your main fears of marriage. For example, is the fear of losing out in the middle of the way, fear of committing yourself to one person or the fear of getting cheated or being disregarded one day?

That should not be a cause for alarm because as there are bad marriages, there are also perfect ones you can take inspiration from. You can use that friend or family member whose marriage went wrong as a case study and identify the flaws that came with it. Through this, you can learn from their mistakes and avoid such going forward. So once you can determine the fear, sit with your spouse to be and sort things out in an honest way. Tell them this fear, and together you can find a way out. 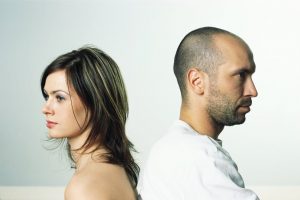 Many people fall in love blindly without considering the long-term effect. Being in a relationship with someone you are not compatible with, can be the gravest mistake of life. Before saying yes to a relationship, consider whether you can spend at least 40 years with the person as the life expectancy rate is around 65 years. You should not get married to someone you could not tolerate during the relationship stage.

This is because he or she will keep on tormenting you during the marriage. People with like minds stay together the longest, therefore find someone you share shame ideology and at least have more than 60 percent things in common. Also bear in mind that, coming from a different background with a different upbringing, there would be some differences you would have to cope or deal with.

Sometimes the family can become the most significant obstacle in marriages. This becomes even more serious when a family decides to prevent a marriage by their social standards, religion or even political ideologies. As marriage is between two families, any disagreement from one side can come back to hurt the union.

To this effect, in-laws should be on good terms with a better family relationship creates a favorable marriage atmosphere. Will be couples should, therefore, build a better relationship with their in-laws to avert any family backlash.

#4. Speak to Other Couples

It is being said that the experience the better. There are numerous couples you can speak to when taking this decision. Choose one whose marriage you so admire and talk to them. They can share their experiences with one and with this; you can overcome your fear.

Marriage is not a funfair or a child’s play, so never expect things would always go your way. There may be tougher times that would need some adjustments or tougher decisions to be taken. You agree or disagree with some choices of your partner, and that is bound to happen.

This can be the number of children you want to have, cutting down the household budget, sex issues or even where to go for the next holiday. Some genuine mistakes may also happen and so always put create a space for these times, so you don’t get disappointed when it happens.

#6. What are Your Expectations in Marriage?

The two of you can sit down, put each one’s expectation on the table and with thorough deliberations. This will help you determine ones that are achievable and those that and not to be able to reach a consensus.

The issue of sex can make or unmake a relationship, and this has become one of the significant factors of divorce currently. Everyone has their sexual orientation and how they believe it should be. Some people think in sex every day, one or twice a week or even one in the whole month.

So if someone who believes in sex every day tries to marry the other who want to have sex once a day, there would be some problems during marriage especially for those who never had during their relationship. To avert this problem, there is the need to discuss such delicate issue and come to a compromise before committing yourself to marriage. 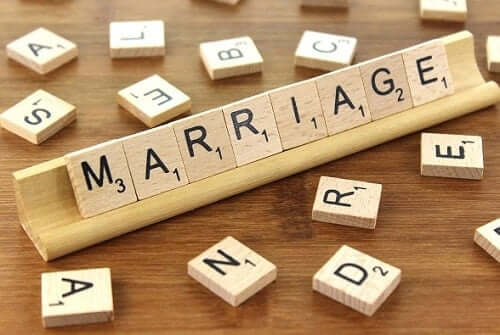 #8. Fear of Losing a Partner

Death is a necessary evil and inevitable, but this natural phenomenon puts fear in prospective couples. Some begin to think, what if I lose him/her and left alone to cater for the children? You can avoid these thoughts with positive energy.

People grow, changes happen, so how a marriage begins may not necessarily end in the same way. This becomes inevitable especially when you start having babies. So there is the need to sometimes on vacations without the children, reflect on how you started and this can rekindle the marriage.

Just like death, divorce is an unpredictable situation and can happen to any marriage no matter how best you started. No matter how blossom a marriage is, a shock or misunderstanding on issues can break you two apart. This can avoid by toning down on problems even if you are right. Sometimes need to empathize with your partner. Seeking external advice is good, but it becomes best when you can resolve issues yourself.

Fears towards marriage are justified, but the fear should not overshadow all the prospects of marriage. Marriage is a divine institution and should be enjoyed to the fullest without harboring any fears. Problems may arise, and that is inevitable. However, all issues have solutions. No two persons are the same, not even twins. Hence diverse views may appear. With this, learn to compromise when needed, and with this, not even the greatest fear can hunt you down.