The alligator is an ancient beast, it’s ancestors living during the time of the dinosaurs. Because these animals have been around for so long, there is much symbolism surrounding this totem animal. These animals can be found in many countries, with many different cultures.

Because of this, there are many symbolic meanings for the alligator, some that even contradict themselves. Alligators have played an important part in many cultures from around the world, and they even have some symbolism in dreams as well. Keep reading to learn more about the alligator totem animal.


The simple physical characteristics, as well as the alligator’s actions, account for much of the alligator animal symbolism. As many people already know that the alligator is a large reptile that likes to live in swampy and other aquatic habitats. These reptiles are fearsome carnivores. They can use their strong jaws to crush just about anything that they want.


While they mostly stick to a diet of fish and other small animals, they have been known to attack larger animals and even people. These animals are anything but domesticable. In ancient cultures alligators were feared because of their power and strength, and they are often feared for the same reasons today. While many people see these animals as simple cold-blooded creatures, the alligator symbolic meaning often goes much deeper than that.


Cultures from around the world have different symbolism and legends about the mighty alligator spirit guide. In some ancient Native American tribe, the alligator symbolized strength and status. There are also legends that alligators helped in the creation of the world.

While some Mayan legends give the credit for the support of the world to the crocodiles, they do leave some room for alligators in their myths. In Mayan astrology the alligator symbolizes strength, but also sensitivity. People who were born under the sign of the alligator animal totem were said to have many of the properties of the alligator, especially when it came to the alligator’s behavior. 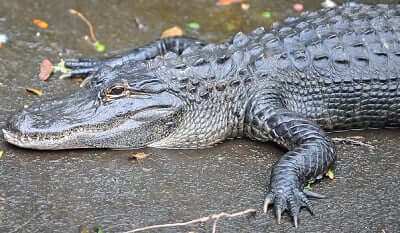 Around the world, depending on the culture, the alligator symbolic meaning can be symbolized by many different traits. It would be easy to understand that the alligator makes a great symbol for fear, stealth, strength, cunning and danger. Since there are stories around the world that attribute some of the earth’s creation and power to alligators, it makes sense that they are also associated with creation and primal, ancient, or primordial power.

Alligator animal spirit guides are so intertwined with mythology as well, this makes them correlate with all that is magical and mystical as well. Some strange or symbols that don’t seem to fit the alligator, but somehow still do, are emotional depth, motherly instincts, and awareness.

Alligators spiritual totems also have much symbolism in dreams as well. It is said that if you see an alligator in your dream then it is supposed to symbolize the obvious like strength and power, but also freedom. If you are afraid of the alligator in your dream, then it could be a warning of some up-and-coming danger.

The alligator is a totem animal that can symbolize many obvious things about the animal, as well as many hidden ones. Like humans, alligators and their symbolism is not all what they appear to be. It can be deeper than it looks like, or it can even be more deceptive. It’s strange and interesting how closely we can relate to the alligator when we look at all the things that it symbolizes.