The swallow animal totem, brings in the sun rays of playful summer, showering your home with lots of love and even protects the home. The Eurasian and the American Barn Swallow are quite different. However, they are recognized as being the same species. Nonetheless, they are common.

The swallow spirit guide makes annual trips to Europe, North America and to the British Isles to call it home for the summer. The birds tend to raise their nestlings off the various kinds of seasonal insects. After their little bellies are full and as fall approaches, some return to South America and others to South Africa.


The swallow spirit totem warns that you should learn to choose your battles – not every situation warrants a confrontation. Don’t worry about things that you cannot change, let people handle their own problems and to be objective about life. Once you realize that the battle is not yours, you will live a more peaceful and joyful life. 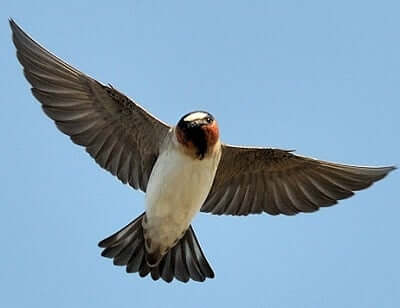 According to the tales, those in Rome thought the swallow animal spirit to be lucky. It was said that as a symbol of Venus, the swallow carried the souls of children. On the other hand, the Greeks believe it to be just the opposite. They associate Aphrodite with this bird totem and felt it was not lucky at all.


With that being said, the Europeans had their own belief and the swallow symbolic meaning marked the beginning of spring and the bird would spread love in the air. In addition, the farmers said that if you killed a swallow, the milk would be bad.

In China, the swallow symbolized prosperity and fidelity. This is the exact opposite of the way the Japanese held the swallow. They took it to mean infidelity. If you would ask the Native Americans about their ancient beliefs, they would say that the swallow would warn you if a thunderstorm was coming.

However, mostly everyone would agree that if you killed a swallow, you would have bad luck. Now, if the bird came to your home and built its nest there, good things would happen. The Germans considered the swallow symbolic meaning to some kind of protector in that it could prevent fires or storms from destroying your home. However, they also believed that if a female crushed a swallow’s egg, then she would surely be desolate. The Irish had another view entirely and regarded the bird as the devil.

Specific parts of the swallow bird was used to treat snakebite, rabies and epilepsy. Provided you had droppings from a swallow, you could aid in the treatment of diphtheria and other diseases.

When you see a swallow symbol, it is saying that you should pay close attention to what people are talking about or what is being said. It could be that you are talking too much and may need to just listen. The swallow animal totem is all about communication and relationships. The swallow comes to teach us how to use our thoughts to bring about change and to make our thoughts a reality. Additionally, it teaches how to act with class and not react inappropriately.

The swallow animal guide gives you the ability to create using very little to start with. It brings ingenuity, grace, style and agility with it for a favorable environment.