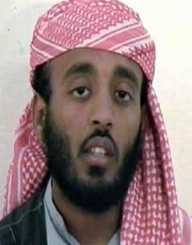 Ramzi Bin al-Shibh is a terrorist born on the 1st of May, 1972 in the Province of Hadhramuat, Yemen. In his earlier day, he worked as a clerk with the International Bank of Yemen for almost eight years. He is currently in prison at the Guantanamo Bay for his part in the September 11 attacks against the United States. Ramzi Bin al-Shibh got the chance to move to Germany as a student. In Germany, Ramzi Bin al-Shibh found new friends like Ziad Jarrah and Marwan al- Shehhi. In their spare time, they would together form a terror cell alongside Mohamed Atta.

The name of the cell in the intelligence community is the Hamburg cell. The cell was the critical point of facilitating the attack of 2001, September 11th. Among the four friends, he was the only one who could not get a visa to the states. So, he took up the role of sending money for the operation to his friends. The United States arrested him in the year 2002 in the Karachi Province, Pakistan. Later the C.I.A held in one of their black sites in Morocco. Then after integrations, he was taken to Guantanamo Bay.

Ramzi Bin al-Shibh was born in Hadhramaut Province in Yemen. As a young man, the family got the chance to move to a working-class family neighborhood in Sana'a. After the death of his father, his family, mother and brother raised him. Ramzi Bin al-Shibh got the opportunity to go to school. However, he also had to take up a part-time job to help his mother. He got work in one of the local banks as a clerk. He worked at the bank for almost eight years. Sometime later in life, he made an application to obtain a U.S.A visa.

However, the embassy rejected his application. So, he went to Germany instead.  Ramzi Bin al-Shibh had claimed that he was from Sudan. Therefore, he was seeking political asylum. After that, he lived in Hamburg till the year 1997.  However, the judge refused to approve his visa. So, he went back to Yemen. Later he made another application to Germany and received a permit through his real name. Ramzi Bin al-shibh changed his name to Ramzi Omar. Also, during this period he met with the other friends at a mosque.

Again, sometime in the year 1999, Ramzi Bin al-Shibh went to Afghanistan in Kandahar province. There he got to link up with the Al Qaeda to start training. It is believed during this time he met other people with the plan of the September 2001 attack.

Trying to Get to U.S.A

Ramzi Bin al-Shibh was taken in by United States C.I.A in Pakistan precisely one year after the attack on the United States. He had engaged the troops in a fierce gunfight. Upon his capture, he was transferred through extraordinary rendition by the C.I.A. So, they took him to Morocco to a black site. Later they took him to Guantanamo Bay. Also, the Germans wanted to arrest and question him on the matters of terrorism. Also, the Germans were looking for his flatmate Mohamed Atta.

In the year 2008 on the 12th of June, the supreme of United State made a change to the Military Commission Act. It declared that all personnel had the right to fair hearing in the federal law court system. So, the prisoners got the chance to file their cases and did not need to be incommunicado. Also, they got the chance to appear in court. Moreover, they could reinitiate their appeals to try and get released from jail. Ramzi Bin al-Shibh had his petition filed in the year 2008 on August 29th. He was assigned Lieutenant Commander Kevin Bogucki as a defense attorney.