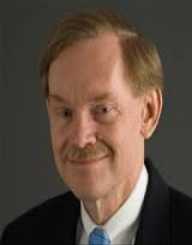 Robert B. Zoellick is an American lawyer, business leader, and government official.

Robert Bruce Zoellick was born on July 25, 1953, in the city of Naperville, Illinois. His father was William T. Zoellick, and his mother was Gladys Lenz. They were both of German Lutheran origins.

Robert B. Zoellick studied at the Naperville Central High School. He then earned a bachelor’s degree in history from Swarthmore College. He received a Master of Public Policy degree and a law degree from Harvard University.

In 1982 and 1983, Robert B. Zoellick worked at the U. S. Court of Appeals as a clerk for Judge Patricia Wald. In 1985, he joined the Department of the Treasury. There, he served as Deputy Assistant Secretary for Financial Institutions Policy and Executive Secretary of the Department. In 1989, he became the Under Secretary of State for Economic and Agricultural Affairs. In 1991 and 1992, he was a representative of President George H. W. Bush at the G7 Economic Summit.

In 1992, Robert B. Zoellick became Assistant to the President and Deputy Chief of Staff at the White House. From 1993 to 1997, he was the Executive Vice President of the Federal National Mortgage Association. He then became a Research Scholar at the John F. Kennedy School of Government and a Professor of National Security at the U. S. Naval Academy. He was the director of the Aspen Strategy Group and a Senior International Advisor at Goldman Sachs.

Robert B. Zoellick was one of George W. Bush’s foreign policy advisors during the 2000 Presidential Elections. From 2001 to 2005, he entered the Executive Office as a U. S. Trade Representative. He negotiated trade agreements with Jordan, Vietnam, Taiwan, and China. He advocated for the Central American Free Trade Agreement and the Trade Act of 2002. In 2005 and 2006, he served as Deputy Secretary of State. He improved the relationship with China and helped with the Darfur peace process. From 2007 to 2012, he served as President of the World Bank. He expanded the capital stock and increased loans for developing countries.

In 2012, Robert B. Zoellick was in charge of the national security team during Mitt Romney’s presidential campaign. That same year, he became a senior fellow at the John F. Kennedy School of Government. In 2013, he became the Chairman of International Advisors at Goldman Sachs. He began serving as a board member at Rolls Royce, Viventure, the Peterson Institute for International Economics, AXA, Alliance Capital, Twitter, the Precursor Group, and Temasek Holdings.