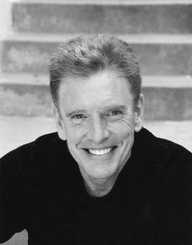 William Atherton was born on July 30, 1947. He is an American actor. He is renowned for playing jerks or villain roles. He is currently seventy-one years old.

William Robert Atherton Knight Jr. was born on July 30, 1947, in Orange, Connecticut in the United States. He was born to Robert Atherton Sr. and Myrtle Knight. He studied at Carnegie Tech for his acting capability. In 1969, Atherton graduated from Carnegie Mellon University.

In 1969, William Atherton's career met an accelerating point after he graduated from the university. In 1974, he played in ‘The Sugarland Express’ as hapless fugitive Clovis Poplin.

In 1975, William Atherton gained fame and in relation to that, he started playing in dark dramas such as ‘The Hindenburg’as well as ‘The day of the Locust’ by which at this time he provided lead vocals for ‘What’ll I Do’ which appeared to be the main theme for ‘The Great Gatsby’ film. In 1977 he performed in a dark drama too known as ‘Looking for Mr. Goodbar.’

In 1978, William Atherton performed as starring in the film ‘Centennial’ as cowboy Jim Lloyd. In 1984, Atherton acted as Walter Peck an EPA agent in the comedy film ‘Ghostbusters.’ In 1985, he was the choice to Martha Coolidge to perform in the teen comedy ‘Real Genius’ as Professor Jerry Hathaway.

In 2000, William Atherton was featured as an actor in the film ‘The Crow; Salvation.’ In 2003, he appeared in the famous film ‘The Last Samurai.’ In 2005, he acted in the film ‘Headspace.’ William Atherton also had opportunities to make guest appearances on some television series which include ‘Monk,’ ‘The Twilight Zone,’ ‘Murder, She Wrote,’ ‘Law and Order,’ ‘The Equalizer,’ ‘Castle,’ ‘Boston Legal’ and ‘Desperate Housewives.’

William Atherton also participated in ‘Justice League’ by providing the voice of Dr. Destiny. Atherton also performed in the film ‘Life’ which is NBC’s detective drama film. In 2007, Atherton appeared in ‘The Girl Next Door’ film. In 2009, he re-embarked on taking up his role as Walter Peck in the release of ‘Ghostbusters: The video game.’ He later appeared in the last season of ‘Lost’ an ABC’s series film.

In 2011, he presented as HonoréLachailles in ‘Gigi’ which was a musical. In 2012, he jumped into performing a comedic role in ‘Billion Dollar’ movie. He later appeared in ‘Funny or Die’ where he also performed a comedic role. In 2014, he cast as Viceroy Mercado in ‘Defiance’ second season. His role here was recurring.