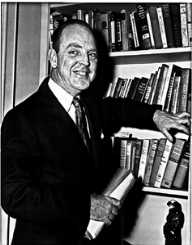 William Inge is a famed American novelist and playwright of the twentieth century, prolifically known for his play Picnic. A lot of his work revolves around the quality of life in deeply set on rural towns earning him the title of "Playwright of the West."

William Inge died on June 10, 1973, at the age of 60. His death is caused by suicide due to carbon monoxide poisoning. His remains were buried at Mt. Hope Cemetery in his hometown of Independence, Kansas.

The Beginnings Of A Literary Genius

William Motter Inge was born on May 3, 1913, in Independence, Kansas to parents Luther Clay Inge and Maude Sarah Inge.

Inge is a graduate of Independence Community College and later enrolled in the University of Kansas where he graduated with a degree in Speech and Drama. As a university student, Inge involved himself as a chapter member in the fraternity Sigma Nu.

Upon graduation, he worked as a laborer and as an announcer in the Wichita News. He also took on several literary teaching positions at Cherokee County Community High School and Stephen's College.

Before his teaching service in Stephen's, he was offered a scholarship at George Peabody College for Teachers for a Master's degree, but he got sidetracked and later dropped out. William Inge resumed his education later on and attained his Master's in 1938.

Due to his extensive background on speech and drama, Inge found work in 1943 at St. Louis Star-Times as a drama editor. While working here did he also brought forth his firth play entitled Father Off from Heaven.

The play, which was staged in Dallas, Texas, was encouraged by Tennessee Williams. Williams is considered one of three leading playwrights in America at the time, Inge sent a copy of the script to him.

The Rose Of A Prominent Playwright

Following his success in Father Off from Heaven, he wrote Come Back, Little Sheba while working as a teacher in Washington University around 1946-1949. The main character of the play was inspired from one of Inge's colleague's wife named Lola. The production ran from a stunning 190 performances on Broadway and was later adapted at a Dutch television.

William Inge continued to produce a number of works that ran on Broadway, but the most prominent of all of his works was Picnic. Picnic was inspired from the childhood memories of three women at his mother's boarding house.

His work at Picnic made him a recipient of the Pulitzer Prize for Drama in 1953 and Best Play of the Season from the New York Drama Critics' Circle.

Inge As An Author

In the course of his life, Inge produced two novels. The first one, Good Luck, Miss Wyckoff, was published in 1970 that tells the story of a school teacher who had an affair with the school's janitor.

His second book, My Son is a Splendid Driver, was published in 1971 and narrates the story of the Hansen family's traces well into the second half of the twentieth century.