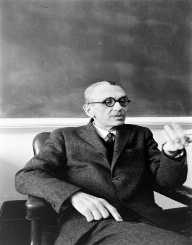 Kurt Gödel was born on April 28, 1906, in Brno, Czech Republic. He was born to Rudolf Gödel and Marianne Gödel. He was brought up alongside one brother, Rudolf. He was nicknamed Mt. Why or Herr Warum because of his inquisitive nature. He suffered a lot of ailment when he was a child. In 1912, he began his education at a Lutheran Primary School located in Brunn. He graduated from the school in 1916. He later joined a German-speaking High School, Brunn. In 1918, he became a citizen of the Czech Republic, but he still insisted that he was an Austrian.

In 1920 and 1921, Kurt Gödel developed an interest in mathematics and philosophy respectively. He graduated in 1924 from High School. In the same year, he joined the University of Vienna where he studied theoretical physics as his major. He also attended classes in philosophy and mathematics. In 1926, he took up mathematics as his principal subject following him being inspired by theorist Phillip Furtwangler. In 1926, he became a member of the Vienna Circle. In 1930, he obtained his Doctorate Degree from the University of Vienna. In the same year, he became an Austrian citizen.

Kurt Gödel also published his dissertation titled ‘On the Completeness of the Calculus of Logic.’ In 1931, he wrote a paper with the same title as his dissertation. The paper contained several theorems and how they would be solved. In 1931, he began working as an assistant to Hans Hahn who was his doctoral guide. In 1933, he was made a Privatdozent at the University of Vienna.

Kurt Gödel started his career as a Privatdozent. His first course was on the foundations of arithmetic. In 1933, he became a visiting professor in the Institute for Advanced Study in Princeton, United States of America. The following year he gave lectures titled ‘On Undecidable Propositions of Formal Mathematical Systems’ at the Institute. He later became good friends with Albert Einstein. In the 1930s he suffered a mental breakdown which led to him being admitted at a sanatorium. He did not return to teaching until 1937.

In 1939, World War II began, and so Kurt Gödel decided to go to the United States of America. In the United States of America, he was made a member of the Institute of Advanced Study in 1940. In the same year, he published the paper ‘Consistency of the Axiom of Choice and the Generalized Continuum-Hypothesis with the Axioms of Set Theory.’ In 1942, he shifted his interest from mathematics to philosophy. He studied Gottfried, Immanuel Kant, and Edmund Husserl. In 1944, he published his philosophical paper titled ‘On Russell’s Mathematical Logic.’ Two years later he became a permanent member of the Institute of Advanced Study.

In 1947, Kurt Gödel published his second paper titled ‘What id Cantor’s Continuum Hypothesis?’ He later became a United States citizen. In 1949, he published a paper titled ‘A Remark on the Relationship between Relativity Theory and Idealistic Philosophy.’ In 1953, he was made a full professor at the Institute of Advanced Study. He retired from the Institute in 1976, but he remained an emeritus professor there.

In 1951, Kurt Gödel received the Albert Einstein Award. He was elected as a foreign member of the Royal Society in 1968. In 1974, he received the National Medal of Science.

In 1938, Kurt Gödel married Adele Nimbursky. In his life, he suffered from Persecutory delusions and fear of being poisoned that he could starve himself as he only ate what his wife made. In 1977 when his wife was in a hospital, he refused to eat altogether. In 1978, his situation worsened, and he was admitted at Princeton Hospital where he died on January 14, 1978