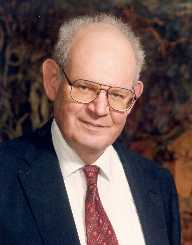 Benoit Mandelbrot was a Polish-born American and French mathematician.

Benoit Mandelbrot was born in the city of Warsaw, Poland, on November 20, 1924. His family was Jewish. His father was the owner of a clothing store and his mother was a dentist. His uncle, Szolem Mandelbrot, was a well-known mathematician. When he was eleven years old, his family left Poland and moved to France.

Mandelbrot studied at the Lycee Rolin in Paris and the Lycee du Parc in Lyon. From 1945 to 1947, he was a student at the Ecole Polytechnique in Paris. He then moved to the U. S. and studied aeronautics at the California Institute of Technology. He earned his master’s degree in 1949. He then returned to France and earned a doctorate in mathematics from the University of Paris.

In 1949, Mandelbrot started working at the Centre National de la Recherche Scientifique. He spent a year in Princeton, New Jersey, at the Institute for Advanced Study. He briefly worked at the Universite Lille Nord de France. In 1958, he joined the IBM Thomas J. Watson Research Center in Yorktown Heights, New York. He stayed at that job until 1987. He started teaching mathematics at Yale University. He was also a guest lecturer at Harvard University several times. He published a number of papers in fields such as mathematics, economics, and dynamics. He developed fractal geometry and the theory of roughness. He researched the randomness in financial markets. He retired in 2005, at the age of 80.

Mandelbrot received the Wolf Prize, the Barnard Medal, the Franklin Medal, the Honda Prize, the Harvey Prize, the Nevada Prize, the John Scott, the Lewis Fry Richardson Medal, and many other awards. He received the Wladyslav Orlicz Prize and the Casimir Funk Natural Sciences Award in Poland. The Italian government awarded him with the Presidential Medal. He received the Sven Berggren Prize in Sweden and he became a member of the Norwegian Academy of Science and Letters. He received the Humboldt Prize from the University of Berlin. He was a Fellow of the Pacific Northwest National Laboratory and of the American Statistical Association. In 2010, Johns Hopkins University gave him an honorary degree.

In 1955, Mandelbrot married Aliette Kagan. They had two sons, named Laurent and Didier.

During his later years, Mandelbrot suffered from pancreatic cancer. He passed away on October 14, 2010, in a hospice in Cambridge, Massachusetts. He was 85 years old.