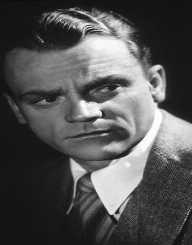 James Cagney was born on July 17th, 1899. He was an American actor known for his tough character in the films that he featured in. His place of birth was in Lower East Side in the New York City. Cagney received several awards for his remarkable performance in the film industry. His tough-like roles in the movies such as Taxi, The Public Enemy, White Heat and Angels with Dirty Faces made him prominent and a star in his way.

James Francis Cagney, Jr. was born on July 17th, 1899 in the New York City. His parents were, James Francis Cagney, Sr., a bartender while his mother was called Carolyn Nelson. Cagney was the second born to other seven siblings in the family. He enrolled in Stuyvesant High School located in the New York for his early education. For his higher education, he went to Columbia College of Columbia University. However, he never managed to graduate from the college as he dropped out after the death of his father.

In 1919, Cagney kicked off his career by initially auditioning for chorus girls role in the play titled Every Sailor. At first, Cagney considered the idea as a mere waste of time. Nonetheless, he only knew one dance move which convinced producers of the play that he could dance. Shortly after this role, he managed to land a more significant role in Maxwell Anderson’s play Outside Looking In-1925. This was an essential role that earned Cagney $200 in a week.

During his acting period, Cagney got the recognition of being an innovative teacher. This later contributed to his selection as a choreographer in 1928. At this moment, he had also been chosen as the lead cast in Grand Street Follies of 1928. The show was a success which influenced the quick release of Grand Street Follies of 1929. The roles in these shows opened doors for Cagney as he, later on, was part of the cast in Maggie the Magnificent. In spite of his outstanding performance, the show received negative criticism all over.

The Public Enemy came in next in 1931 with Cagney starring as Matt Doyle and his co-starring Edward Woods. The movie revolved around a young man who rose from an environment full of crime in urban America.

A year later, a better paying deal came through as he featured in Taxi-1932. The Warner Brothers contract he had signed for earned him $1, 000 on a weekly basis. This film popularity rose for the mere reasons that it featured Cagney’s first dance on screen. In addition to this, he was also shot with live ammunition while acting.

In 1955, James Cagney starred in Love Me or Leave Me. He acted alongside Doris Day. His notable performance made him a Best Actor Academy Award nominee during this year. During the 1960s, Cagney’s acting career dragged as he only acted in one movie, The Gallant Hours- 1960. Fortunately, the film was a hit.

After meeting Frances Willard Vernon in 1920, Cagney tied the knot with her two years later. Their marriage lasted until Cagney passed away in 1986.