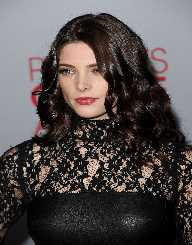 Ashley Greene was born on February 21st, 1987. Her place of birth was in Jacksonville, Florida. She did not spend much time in high school before leaving with the goal of striving for her acting career. This worked for her as she soon landed an important role in Twilight. She was to play one of the lead characters as Alice Cullen. This was the beginning of a successful acting career as she went on to reprise her role in five sequels of the film. Her personal life has been in the public spotlight for dating celebrities with the likes of Chase Crawford, Reeve Carney, and Joe Jonas.

Born on February, 21st, 1987, Ashley Greene took up a role in the Twilight movie series that transformed her career as an actress. She is the daughter of Joe Greene and Michele. Her father was in the U.S. marine, and he left to begin his concrete business. On the other hand, her mother works in the insurance industry. During her early education, she went to University Christian School and later transferred from the institution to join Wolfson High School. When Greene was aged 17, she left for California where she would fight for her acting career. Greene’s older brother is called Joe.

At first, Ashley Greene had the intentions of being a professional model. However, she was discouraged after being told that she was not tall enough. She was encouraged to stick to acting as her main professional career. This, therefore, prompted her to take acting classes. As a result, she gained a deep love for acting. Initially, Greene began to appear on TV but as a guest in several shows such as Crossing Jordan and Punk'd.

Ashley Greene has been involved in several romantic relationships with celebrities such as Chase Crawford, Joe Jonas, and Reeve Carney. She recently got engaged to Paul Khoury in 2016.