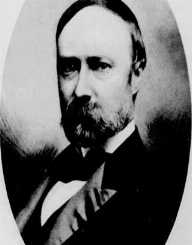 Charles W. Fairbanks was born on May 11, 1852. He was an American politician. He served as the twenty sixth Vice President of America. He also served as the United States Senator from Indiana. He was mostly in the political shadows of Theodore Roosevelt and William McKinley. He started his career as a lawyer before he ventured into politics. He was a member of the Republican Party.

Charles W. Fairbanks was born on May 11, 1852, in Ohio. He was born to Loriston Fairbanks who was a wagon maker and Mary Adelaide Smith who was an advocate. He attended country schools and worked off the farm as a youngster. He was a bright student in school, and so he excelled in his studies. In 1872, he graduated from Ohio Wesleyan University. After graduation, he joined Cleveland Law College where he passed the bar within six months.

Charles W. Fairbanks’s first job was as an agent for Associated Press in Pittsburgh, Pennsylvania. In 1874, he moved to Indianapolis where he began his career as an attorney for Chesapeake and Ohio railroad system. He achieved success in his work that he earned the attention of Indiana’s Republican Party. Charles W. Fairbanks entered into politics in the late 1880s. In 1892, he helped in the rebuilding of the Republican Party. In the same year, he became friends with the governor of Ohio, William McKinley.

In 1893, Charles W. Fairbanks ran for the office of the United States Senate and failed. In 1896, he ran again, and he was elected as a Republican for the United States Senate. He took office in 1897. He served as the chairman of the Immigration Committee before he became the chairman of the Committee on Public Buildings and Grounds. In 1898, he supported President William McKinley in the Spanish American war. He served as the principal adviser to the President.

Charles W. Fairbanks was appointed as a member of the United States and British Joint High Commission which decided the US-Canadian boundary dispute about Alaska. As a senator, he was respected by party officials, and his popularity increased among the general population. In 1900, he declined to run for the Vice Presidential seat, and he was aiming for the presidential seat. After President William’s death, Theodore Roosevelt succeeded him instead of Charles W. Fairbanks.

Charles W. Fairbanks went back to practicing law. In 1912, he supported Howard’s re-election. Two years later he became an advocator for party unity. In 1916, he failed the Republican Presidential Nomination but won the nomination for the Vice President as the running mate to Charles Evans Hughes. The Democrats, however, won the elections. After 1916, he retired to a private life while practicing law in Indianapolis.

In 1874, Charles W. Fairbanks married Cornelia Cole who he moved to Indianapolis, Indiana with. He died on June 4, 1918, due to nephritis. His remains were buried at Crown Hill Cemetery. Many places have been named after him such as the city of Fairbanks Alaska and Fairbanks School District in Union County Ohio among other places.