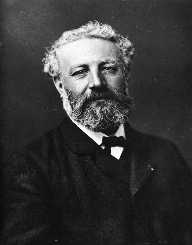 Herman Melville is a well-celebrated American author known for works such as ‘Moby-Dick,' ‘Typee’ and ‘Omoo,' books that he based on sea adventures. He also engaged in writing poems such as ‘Battle-Pieces and Aspects of the War’ and ‘Clarel: A Poem and a Pilgrimage.'

Herman Melville was the third in a family composed of three siblings of a French Merchant, Allan Melville, and Maria Gansevoort, born on September 28, 1819, in New York City. Melville got baptized by the South Reformed Dutch church three weeks after his birth.

His father spent much of his time in Europe where he imported French dry goods and borrowed money from his father and his wife’s widowed mother to maintain his family’s social standing. Melville enrolled to school at the age of 5 making gradual developments. He became the Best speaker in the first department and made rapid improvements in his high school.

In 1829, Herman Melville enrolled in English Department and attended the Albay Academy from October 1830 to 1831 where he studied ancient history, biography, and literature. His education ended after his father’s death in 1832, causing him to discontinue his studies and leaving the family in financial problems.

At the age of fourteen in 1834, Melville worked at a bank which considered him competent enough to work as an errand at Schenectady. At this time he took an interest in drawing and visual arts.

Unfortunately, a fire broke out destroying his older brother’s skin factory forcing Herman Melville to leave his job and man the cap and fur store. In 1835, he joined the Albany’s Young Men Association for Mutual Improvement and enrolled in Albany Classical School. In September 1836, he went back to Albany School where he joined various clubs including debate club to make up for the years he missed in his previous schooling years.

In March 1837, Herman Melville withdrew from the school and took a job as a school teacher at Sikes District School. However, after his term ended, he was elected as the President of Philo Logos Society in February 1836 and joined his uncle, Gansevoort at Stanwix Hall. During the same period, he published two polemical letter titled, ‘Albany Microscope’ which described the issues in the debating societies.

On November 7, 1839, Melville joined Lansing burgh Academy where he took courses in Surveying and engineering. Later on, his uncle recommended him for an engineering job which he failed to get. This experience motivated him to write his first essay, ‘Democratic Press and Lansing burgh Advertiser’ which was printed in May.

On May 31, 1839, Herman Melville started working on a whaler or a merchant vessel which cruised from New York to Liverpool. His experience on sea motivated him to write ‘Redburn: His First Voyage’ in 1849.

During the same period, Melville signed for a whaling voyager which forced him to spend much time in the vast ocean. His adventurous and romantic experiences urged him to write his first book, ‘Typee’ in 1845 published in 1846 by John Murray. This skillfully written book sold successfully, making him the best overnight seller.

In March 1847, Herman Melville wrote another professional book titled, ‘Omoo’ published in London in May followed by ‘Mardi,' a book on South Sea story on March 1848. In October 1849, he wrote another book titled ‘Redburn’ published in November followed by ‘White-Jacket’ in January 1850. During the same period, he wrote Moby-Dick and an essay, ‘Hawthorne’s Mosses from an Old Manes.'

In June 1847, Herman Melville engaged Elizabeth Knapp Shaw. She was the daughter of Chief Justice of Massachusetts Supreme Judicial Court, Lemuel Shaw. The two got married on August 4, 1847, in a private wedding ceremony and settled in Fourth Avenue in New York City and had four children.

In 1985 a plaque was established in his honor outside 104 East 26th Street, New York City. In 2010, a species of an extinct sperm whale was named in his honor.