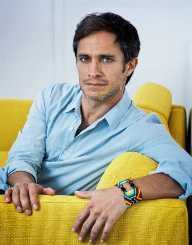 The voice of Héctor Rivera a trickster in a 2017 movie (Coco) were those of Gael Garcia Bernal. He is a Mexican actor, film director, film producer, and model. If you haven’t seen the movie you definitely should, the story is about a Mexican boy who loves to play guitar. And he dreamed of becoming a fulfilled musician like his mentor, Ernesto de la Cruz.

In search of his mentor in the land of the dead, he discovered his long forgotten family history with the aid of Héctor Rivera (Gael Garcia). This movie is one of the amazing movies Garcia featured in. However, Garcia Bernal is 39 years of age and has acted many movies and produced some. Also, he is into modeling as part of what he loves doing.

Garcia started his career at an early age and has accomplished so much than most people his age.

Garcia born on the 30th of November 1978 in Guadalajara, Jalisco Mexico, to José Angel Garcia who was an actor and director. His mother was a model and actress Patrick Bernal. Gael has a step father, a man his mother married when his own father was much younger, Sergio Yazbek. A fruit doesn’t fall far from its tree, unbelievably; Gael was able to act when he was just one-year-old.

Given his parent's talents; at a young age, his parents took him to the theatre while practicing.

As he grew up his talent and skill for acting developed, at the age of eleven he was staring in télé novella’s which was one of his first acting. By the time he was fourteen, he developed a passion for teaching.

Together with Huichol people, Gael taught Mexican indigenes how to read in English. His life took a turn at age fifteen when he took part in Chiapas peaceful demonstration during the uprising. Furthermore, at eighteen he acted in the short film de tripas, corazón (Take Courage).

Garcia began his education in UNAM, Mexico’s National University where he began studying philosophy moreover. During his schooling, there was a long strike which made him decide to travel around Europe. Besides, during his travels, Garcia became the first Mexican at the Central School of Drama, London after winning a scholarship to study Drama.

Gael has two children, a nine-year old son Lazaro, born in Madrid, Spain; and a seven-year old daughter Libertad, born in Buenos Aires, Argentina. Garcia’s children were given birth by his partner (2008 to 2014) Dolores Fonzi, an Argentina actress. Additionally, Gael met Dolores while filming Vida privadas in 2001. Contrary to what the media led people to believe, Garcia and Dolores never got married.

Three years after giving birth to their daughter and seven years together, Garcia and Dolores separated in September 2014. Consequently, to keep up his career and strengthen his relationship with his children, Garcia spends his time in Mexico City and Buenos Aires.

Admittedly, Gael Garcia’s career began when he returned to Mexico in 2000 - in the middle of his studies. He filmed in Amores Perros (Love’s a Bitch) directed by Alejandro González Iñárritu a Mexican director; after his tremendous success in soap operas. Bernal played the part of a poor teenager who used dogfights to raise money for his relationship with his sister-in-law.

Amores Perros won rave reviews, got nominated for an Oscar award and an Academy award for best foreign language movie. The success of the movie and its nominations launched Garcia’s careers and brought him to the limelight. Hence, Gael Garcia starred in various films like Y tu mamá también (And your mother too) a 2001 movie. He also starred in 2002 El Crimen del Padre Amaro (The crime of Padre Amaro) movie.

In the movie, Gael Garcia played a priest who fell in love with a 16-year-old and impregnated her. This movie broke box-office sales record in Mexico, and got nominated for Academy Award for best foreign language movie. Conversely, the Catholic Church protested and threatened to excommunicate Garcia from the church, the threats did not bother him. He calls himself a ‘cultural Catholic and spiritual agnostic’.

Undeterred, he continued his career passionately; he acted Argentine revolutionary Che Guevara in a 2004 movie - The Motorcycle Diaries. A movie based on the journal of Guevara on his travels across South America. In 2005, Garcia Bernal involved himself in a theatre work, for the production of Bodas de Sanger in Almeida Theatre, London by Federico Garcia Lorca. Throughout his career, Gael Garcia worked for popular directors, the likes of:

Nonetheless, Garcia has taken up roles in English language movies such as The Science of Sleep and The King, which garnered rave reviews. In 2007, he directed Deficit which he featured in, the first film he directed and featured in. The next year, Garcia was among the cast for Blindness, adapted from a 1995 novel by Jose Saramago a Nobel Prize winner. The novel tells the story of a society suffering from blindness epidemic.

Diego Luna and Garcia Bernal own Canana films and have produced many movies, together with Golden Phoenix productions. They produced television documentaries of the unsolved murders of over 300 women in Ciudad Juarez city. Afterward, in 2010 Garcia did a cameo - Ronaldo: A Nike Movie Advert, ‘write the future’, where he played Cristiano Ronaldo.

Furthermore, the same year Gael and Marc Siver directed short films with Amnesty international. He also appeared in Even the Rain a 2010 movie which entered him for the Spanish Academy Awards. Four years later, 2014 Garcia was a member of the main competition jury for Cannes Film Festival for that year.

Undoubtedly, Gael Garcia has starred in hundreds of films but, he is well-known for his great acting skills in the following movies:

Garcia Bernal has bagged many awards and has been nominated countless times for his amazing acting skills. In 2005, Garcia got nominated for BAFTA Award for the Best Actor in leading role for, The Motorcycle Diaries a 2005 movie. The following year, Gael won his first Golden Glove Award for Best Actor in Mozart in the jungle. Here he played the role of a conductor. In addition, that same year Time Magazine named Garcia in the 100 most influential people list in annual time.

Granted, Gael Garcia Bernal began the Ambulante Documentary Film Festival, which aims to spread documentary films to where they were not shown. Garcia aided in the creation of the Amnesty International Short Documentary Series Los Invisible. For his kind gesture, he got rewarded with the Washington office on Latin Americas Human Rights Award.