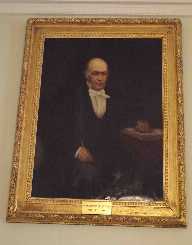 Sir William Rowan Hamilton was born in August, 4, 1805. He was an Irish scientist. He was an astronomer, mathematician and physicist. He contributed his knowledge to algebra, optics, dynamics and geometry. He discovered the algebra of quaternions.

Sir William Rowan Hamilton was born on August 4, 1805, in Dublin, Leinster, Republic of Ireland. He was born to Archibald Hamilton and Sarah Hutton. His father was a solicitor. He was brought up alongside eight siblings. When he was still young, he was put in the care of his uncle Reverend James Hamilton who was a priest. He was also a linguist in his own right. He learned Greek and Hebrew at the age of five. He also learned English, Spanish, German and Italian among so many other languages. At the age of ten, he developed a love for geometry. At the age of seventeen, he had mastered ‘Arithmetica Universalis’ and ‘Principia’ which were written by Isaac Newton. In 1823, he joined the school of mathematics at Trinity College located in Dublin where he became first in every examination he undertook.

In 1824, Rowan submitted a paper on ‘Caustics’ to the Royal Irish Academy. In 1827, he was called upon to improve on the paper that he had submitted by the Committee of the Royal Irish Academy. The improved paper was titled ‘Theory of Systems of Rays’ which elaborated how a mirror with proper curvature could be used to focus a huge number of orthogonal light rays into a single point. The paper made him very famous. In the same year, he became the professor of astronomy in the University of Dublin. In 1843, Rowan realized that the answer to three-dimensional geometry lay in quadruplets and not in triplets as was prescribed to earlier. He also defined the term quaternions to the Royal Irish Academy.

In 1848, he began lecturing on the algebra of quaternions. In 1856, Rowan focussed his studies on closed paths on the edges of Platonic solids. The paths later came to be known as Hamiltonian Circuits. The concept of the closed paths was known as Icosian Calculus. Throughout out his remaining years in his lifetime he studied Elements of Quaternions which he completed before he died. He lectured on the topic of quaternions for most of his life.

In 1834 and 1848, Rowan was awarded the Cunningham Medal of the Royal Irish Academy. In 1835, he received his Knighthood. In 1837, he became the President of the Royal Irish Academy. In the same year, he was elected as a member of the Saint Petersburg Academy of Sciences. In 1865, he was appointed a Foreign Associate of the American National Academy of Sciences. In 1866, his book ‘Elements of Quaternions’ was published posthumously. Rowan was a member of the Royal Astronomical Society.

In 1833, he married Helen Maria Bayly with whom he had three children, William Edwin, Archibald Henry and Helen Eliza. Rowan died on September 2, 1865, of an illness associated with gout in Dublin, Ireland. He died at the age of sixty though he died with his legacy intact. The year 2005, was celebrated as Hamilton Year in Ireland. The year was dedicated to scientific study and research. UNESCO on the other hand designated 2005 as the World Year of Physics. The Central Bank of Ireland gave out a commemorative coin in honor of Sir Rowan Hamilton.