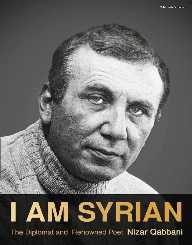 Nizar Qabbani was a rarity in the conservative Arab society. A real gem of the Arabian Literary World, Qabbani was a progressive poet and a feminist at heart.

His work was highly influential yet controversial for sexual and rejection of war themes. With many of his works translated into several different languages, Qabbani has become one of the greatest poets of the 19th century.

When Nizar Qabbani was 15 years old, his sister committed suicide when she was forced to marry someone she did not love. This left a great impression on his mind, and he decided to do something against the inferior status of women in his country.

Nizar Qabbani's early and high school education was at the National Scientific College School, owned by his father’s friend. He then went to the Damascus University to study law. It was here that he developed a love for poetry and produced his first works.

One of Nizar Qabbani's famous poems from this time is The Brunette Told Me. Because of its vivid sexual theme, it received sharp criticism from the conservative Arab society. It also became quite a famous poem.

Nizar Qabbani was a great poet. He picked up themes from real life and presented them into poems. He wrote on women’s condition, sexuality – a taboo issue in the Arab world of the time, and war.  Due to this, his works have been hugely controversial and popular.
He also served as a diplomat for many years.

Nizar Qabbani started writing poetry during his college days. In the year 1948, he wrote Childhood of a Breast. The poem became quite famous. Over the next two years, he produced two more successful poems Samba, and You are Mine.

Nizar Qabbani also joined the Foreign Ministry of Syria and worked as an Ambassador to Cairo, Madrid, Istanbul, and London.

Nizar Qabbani continued to write poems which include My Beloved, Drawing with Words, Diary of an Indifferent Woman, Savage Poems, and Book of Love.

In 1956, a collection of his poems was released. Nizar Qabbani also became the Vice-Secretary of the Chinese Embassies in UAR.

It is his later career for which Nizar Qabbani is most famous. He wrote many great poems in this period such as 100 Love Letters, I love you, and the Rest is yet to come, May You Be My Love for Another Year, I write the History of a Woman Like So, The Lover’s Dictionary and A poem for Balqis. A poem for Balqis was written in memory of his wife.

Following the death of his wife, Nizar Qabbani had become disillusioned with Beruit, and he left the city to settle in London finally. His health had been falling fast, and in late 1997, he was critically ill. He lost his life to heart failure on April 30, 1998, at 75 years of age.

Nizar Qabbanimarried twice in his life. His first wife was his cousin Zahra Aqbiq, with whom he had two children – a son Tawfiq, and a daughter named Hadba.

After Zahra’s death, Nizar Qabbani married again to Balqis al-Rawi in 1973. She was an Iraqi teacher. They remained married till her death in a bombing in Beruit.