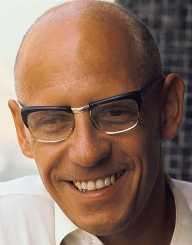 Michel Foucault was one of the leading figures in the field of science during his time. He is an accomplished philosopher, theorist, author and literary critic of French origin. He died on June 25, 1984, at the age of 57 due to a sickness related to AIDS.

Foucault was born as Paul-Michel Foucault on October 15, 1926, in Poitiers, France. He was the second child of Dr. Paul and Anne Foucault. Their family belonged to the upper-middle-class and were conservative. In his later life, Foucault opted to use Michel as his known name in practice.

In later years, he revealed that he was a delinquent although not much has been disclosed about his childhood. His relationship with his father was somewhat strained, with Foucault quoting that his father punished and disciplined him sternly.

He attended the local Lycée Henry-IV for his early schooling and later on was enrolled by his mother at Collège Saint-Stanislas in 1940 which was Roman Catholic institute operated by the Jesuits and in 1943 attained his baccalauréat at the said institution.

In contrast to his father's wishes for him to take up a career in surgery, Michel Foucault enrolled at Paris' Lycée Henry-IV in 1945, and subsequently, he went under the tutelage of Jean Hyppolite, a known philosopher. Hyppolite was well-versed with Georg Wilhelm Friedrich Hegel, a German philosopher. Hyppolite was known to be studying theories of Hegel and Karl Marx of which influenced Foucault's theory that philosophy came from the development of a study in history.

Michel Foucault was also admitted at École Normale Supérieure (ENS) where he ranked fourth on the institution's entrance exams and graduated in 1949 with a master's degree in philosophy.

As Michel Foucault adopted various beliefs in regards to the development of philosophy, he also took to educating students at varying universities. He served as an instructor at the University of Tunis and later served as the philosophy department head of Paris VIII University. In 1949, he attended a series of psychology lectures conducted by Daniel Lagache at the University of Paris.

The same year in 1949, Foucault also attained his license in Psychology and a Psychopathology Diploma in 1952. He served as ENS's psychology instructor for four years starting from 1951 until 1955. Following this event, he also served as the cultural ambassador for the University of Uppsala wherein he was also designated as the French Reader and Maison de France's director. At the start of the 1960s, he took a post as a philosophy instructor at the University of Clermont-Ferrand, a position he held until 1966.

Michel Foucault wrote a number of books regarding the study and nature of the subject of psychology during his life. More famous among these publications is his multi-volume work entitled Discipline and Punish and the other one entitled The History of Sexuality.

Woes of a Strained Mind

Despite his contributions to the field of science, Michel Foucault also greatly suffered from his mind. Back when he was still a student at ENS, he was prone to self-harm and suicidal thoughts perhaps also due to his homosexuality. At the time, homosexuality was a taboo subject which caused him more distress. In his later life, he found the company to various others lovers but chose Daniel Defert as his life partner who also inherited his estate on his death.