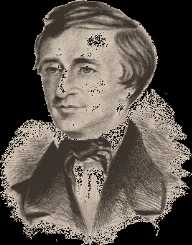 Henry David Thoreau was born on July 12th, in 1817. His place of birth was in Concord, Massachusetts in the United States. He was a celebrated American writer and a poet. Thoreau gained popularity out of his book titled Walden. Part of his reputation also came from his sincere belief in civil disobedience and Transcendentalism.

Henry David Thoreau was born in 1817 to John Thoreau and Cynthia Dunbar. His father was a pencil maker. He was the third born in a family of four. Thoreau went for his early education at the Concord Academy. He was a bright student and therefore earned himself a scholarship at the Harvard College- now known as Harvard University. Here, he studied several languages including Greek, German and Latin.

In 1837, Henry David Thoreau graduated from college without having a clear direction on what he would do next. His fellow graduates pursued education, but Thoreau chose not to follow this path. On the contrary, he paired with his brother, John, in establishing their school in 1838. Unfortunately, their business activity collapsed as a result of his brother’s illness. Shortly after this incident, he opted to go and join his father in the pencil factory.

Soon, Henry David Thoreau crossed paths with Ralph Waldo Emerson, and they became good friends. It is from their friendship that he learnt more about Transcendentalism. This was a theory that put more emphasis on spiritual and empirical thinking rather than what is experienced in the physical world. This philosophy was also backed by other individuals such as Margaret Fuller and Bronson Alcott. Thoreau also came to interact with them later on.

Throughout this period, Emerson was Thoreau’s mentor and supported him in some ways. Emerson also helped in motivating Henry David Thoreau in his literary works. For instance, Emerson worked to ensure that his literary works were published in one of the magazines that believed in Transcendentalism. This paper was known as The Dial. In addition to this kind of support, sooner or later, Emerson also gave Thoreau the freedom of building his own home in one of his lands.

After experimenting with a different writing style, in 1849, Henry David Thoreau released A Week on the Concord and Merrimack Rivers. This book was based on the boating trip that Thoreau had experienced while on an adventure with his brother. Shortly after this, he got busy with the Walden Pond experiment that he had initiated.

Through his writings, Henry David Thoreau has influenced many people more so in the political arena after writing the essay titled “Civil Disobedience.” He wrote this after being imprisoned for failing to pay the poll tax.

Through this essay, he revealed his strong objections against Mexican-American War and slavery. After the article was officially published in 1849,  it has been a significant reference material for political leaders involved in protests movements.

In spite of falling in love with Ellen Sewall in 1840s, his marriage proposal to her was declined, and Henry David Thoreau never thought of marrying again.

Henry David Thoreau passed away on May 6th, 1862 after suffering from tuberculosis for a long time. He died at the age of 44.