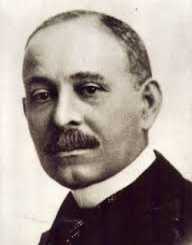 Daniel Hale Williams was an African-American cardiologist. He conducted the first successful pericardium procedure in the USA to heal an injury.

Williams was born on January 18, 1856, at Hollidaysburg, Pennsylvania, US

His mother could not run the family and requested her relatives to maintain some of her children. Williams joined as an apprentice with a shoemaker in Baltimore, Maryland. He left the apprentice job and joined his mother. Both relocated to Rockford, Illinois and then to Edgerton, Wisconsin. Here he stayed with his sister and opened his barber saloon.

Daniel Hale Williams when he was staying in Janesville, Wisconsin had opportunities to see the works of a local doctor and was very much impressed by his work and decided to tread in his path.

Williams joined Dr. Henry W. Palmer as an apprentice and worked with him for more than two years.

Williams in 1891, established his hospital, Provident Hospital and a training center for nurses in Chicago. The sole purpose of establishing this hospital was to cater to the needs of African-American citizens and to give them more health care benefits. The staff and patients were both Black and White.

He healed the knife wound in a patient’s costal cartilage. The patient, James Cornish underwent surgery. Williams didn’t use the penicillin or blood transfusion at Provident Hospital, Chicago. A second surgery was conducted to remove the liquid. The patient was an inpatient  in the hospital for 50 days

Daniel Hale Williams joined as Chief of Freedman’s Hospital in Washington DC during the presidency of Grover Cleveland. He occupied that position till 1898. He established a training school for African-American paramedical staff. Williams also accepted the responsibilities at the Illinois Department of Public Health in 1897 to improve the health and working ethics of hospitals.

He strived hard to establish many hospitals to permit African Americans for treatment. Williams was also a Professor of Clinical Surgery at Meharry Medical College in Nashville, Tennessee and a visiting surgeon at Cook County Hospital in Chicago.

In 1895, in association with another, Dr.Williams established the National Medical Association for African American doctors, and in 1913, he accepted the African-American charter membership in the American College of Surgeons.

Daniel Hale Williams married Alice Johnson in 1898. She was born in the city of Washington and graduated from the Howard University and moved to Chicago. Alice Johnson was the daughter of Moses Jacob Ezekiel; an American sculptor and her mother was a maid. Alice Johnson died in 1924.

Williams died of a stroke in Idlewild, Michigan on August 4, 1931.

Daniel Hale Williams was the recipient of a doctorate from Howard and Wilberforce Universities. He was the Charter member of American College of Surgeons and a member of the Chicago Surgical Society. The Encyclopedia Britannica mentions his first heart surgery.