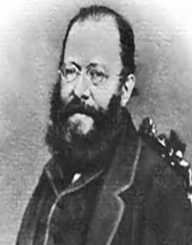 Edward Lear was born 12th May 1812, to Jeremiah and Ann Leah. He was born in Holloway, Middlesex, in England. Lear’s parents had 21 children in all, and the family was middle-class, with Lear’s father being a stockbroker. When economic upheaval occurred because of the Napoleonic Wars, Lear and his eldest sister Ann had to leave the family home because of financial constraints. Lear was four at the time. Ann raised Lear and provided a mother figure for him up until her death when Lear was just on 50 years old.

Lear was a sickly child, and from age six he started to have epileptic seizures, bronchitis, and asthma. Lear was ashamed of his epileptic condition throughout his life, and from the age of seven began to display signs of depression.

By the time he was 16, Edward Lear was already making a living with his drawing to put food on the table. He specialized in animal drawings and was employed by the Zoological Society. In 1832 he went to draw for the Earl of Derby, and Lear spent the next four years drawing the Earl’s private menagerie.

Lear was the first major bird artist to draw birds that were alive, rather than those that had died. His first book was released in 1830, called, Illustrations of the Family of Psittacidae, or Parrots. He was one of the best bird artists of his era, and he taught Elizabeth Gould and helped John Gould with his works.

When his eyesight began to fail him, and he could no longer provide the fine detail required for plate etchings used in lithographs, Lear started to paint landscapes and to travel. He visited many exotic locations during his day, including, Greece, Italy, Egypt, India, and Ceylon. During his travels, he produced many colored wash drawings, and when he was back in his studio, these were converted to oil and watercolor paintings.

He was not only an extremely talented artist but also a musician and a writer. His primary instrument was the piano, but he could also play the accordion, flute, and guitar. He composed a lot of music, including his musical settings for Tennyson’s poetry. He composed four settings in 1853, five in 1859, and three in 1860. The only musical settings that Tennyson approved of were those composed by Lear.

Some of his works included Illustrated Excursions in Italy (1846), Journal of a Landscape Painter in Corsica (1870), and Nonsense Botany (1888). A volume called Tennyson’s Poems was released in 1889, illustrated by Lear. He had another work, Facsimile of a Nonsense Alphabet, that was written in 1849, but not published until 1926.

He also had an unfinished work, The Scroobious Pip, which was finished by Ogden Nash, and illustrated by Nancy Ekholm Burkett, and released in 1968.

Edward Lear met Franklin Lushington, a barrister, in Malta, in 1849. The pair toured southern Greece together. Lear developed a crush on Lushington, but the feelings were not returned. The couple remained friends for nearly forty years until Lear’s death.

Edward Lear did propose to a young woman 46 years younger than him on two occasions, but he was refused both times. His companionship came from friends, and from his Albanian chef, Giorgis, who was excellent friends with Lear. In his later years, heLear settled in San Remo on the Mediterranean coast. He died in 1888 from heart disease, which he had suffered from since the 1870s.

To mark the centenary of Edward Lear's death, the Royal Academy held an exhibition of Lear’s works. The Royal Mail in Britain also produced a set of stamps to celebrate his centenary.