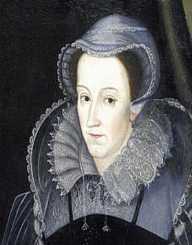 It might be a hidden name in other parts of the world, but she was defined as second to none in the UK, especially Scotland. Her existence brought nothing else than romance and natural tragedies. Not to mention the mishaps brought forth a wide array of dramas than any other living legend. To clear up any doubts, we are talking of Mary, Queen of Scots.

Mary, Queen of Scots, reigned as Queen of Scotland about 400 years ago. Instead of ruling her land with peace, tremors followed her like a plague. Her troubles began when she was only six days old, thus after her father’s death. She was enthroned as the Queen of Scots; a position that led to his early abduction to the grave.

It was on December 8th, 1542 that Mary, Queen of Scots was first seen in the world in Linlithgow, Scotland in the UK. She was born to King of Scots called James V and his second wife named as Mary of Guise. She had to oblige to her father’s command since she was the only living child of James V. It was after her birth that she was taken to St. Michael for her first baptism. While Mary was still playing with her shawls, her father died on December 14, 1542.

Mary, Queen of Scots, was ordained as the next Queen in line while she was still an infant. But it was announced that Scotland would be ruled by minor leaders as they wait for Mary’s turn. At six months old, she was engaged to Prince Edward who was the only child of King Henry VII of England. But the engagement was later called off due to several disagreements and religious issues.

Simultaneously, Mary of Guise wanted her daughter to have a mutual relation with French King’s son called Dauphin Francis. To her wish, the French King, Henry II agreed where Mary went to live under his care. Francis and Mary had a close bond, all thanks to his caring and noble nature. As Mary continued to grow as a beautiful girl, she was taught several works such as needlework and horsemanship. She also learned how to talk in more than four languages including, Greek, Spanish, Latin, and French.

In 1558 Mary, Queen of Scots wedded Francis, and after a few years, Henry II breathed his last. At only fifteen years of age, Francis took his father’s throne where he acted as the 2nd King of France. At 16 years old, Mary was ordained as the Queen of consort. Unfortunately, Francis II battled with an ear infection where he left earth on December 5, 1560.His younger brother; Charles took over the throne and Mary went back to her native land.

After her permanent return to Scotland, Mary, Queen of Scots passed through many challenges. She wasn’t used to Scotland’s life. She got confused whether to choose the Protestant and Catholic side. Her half-brother, the Earl of Moray, led the Protestants. Since she was baptized as a Catholic, she didn’t have anything else to do than to follow her heart.

In the middle of all, Mary fell in love with her first cousin called Henry Stuart. They got married in 1565, but both the Protestants and Catholics criticized their union. Their union brought fruitless results to the people of Scotland. Henry Stuart turned into a harsh and brutal man.

It was after some time that Henry and his group killed one of the Protestant called David Rizzio. Unfortunately, Mary, Queen of Scots saw the whole incident with turned her into pieces. In the process, Henry also found out that his wife, Mary had a secret affair with an Italian courtier called David Rizzio. Henry ended his relation with Mary, and after some time, he was found dead in 1567.It was suspected that Mary and her group murdered him.

After several months, Mary got married to James Hepburn, Earl of Bothwell. Although the marriage oppressed people of Scotland, she continued to serve as the Queen of Scots. After her first son’s birth, she was forced to call it quit to her throne. It was after some time that she was brought to book in Lochleven Castle where she later managed to escape in the 1560s.

Mary, Queen of Scots, went to England in 1560s, where she went to hide at her cousin’s place, Elizabeth I.Her cousin got suspicious about her escape and imprisonment.

Early in 1558, Mary, Queen of Scots got married to Francis II of France who was her first husband. Unfortunately, Francis died at only 16 years of age due to an ear infection. In 1565 he married her first cousin called Lord Darnley. It was her second marriage that brought tears and troubles for the rest of her living life. Although the union gave birth to a son called, James VI, Mary was accused of her husband’s death.

After a few months, Mary, Queen of Scots got married to James Hepburn, Earl of Bothwell. When she escaped from prison, her cousin Elizabeth I took the law into her hands where she was kept in a forbidden place for over a decade.

In the mid of 1586, Mary and her collaborator Antony Babington planned to murder Elizabeth I. Unfortunately Mary was ahead of time where he asked her assistant, Francis Walsingham to act as a spymaster. Elizabeth started to view Mary as an enemy. As a result, Mary was found guilty where she was sent to treason, and later on, she was executed at Fotheringhay Castle in 1587. Mary, Queen of Scott, called it quit to the world at 44 years of age.