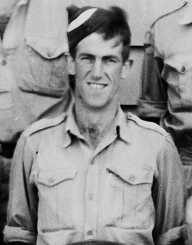 Edmund Hillary was a New Zealand explorer, mountaineer, and philanthropist. Born on July 20, 1919, Edmund Hillary along with Nepalese Sherpa mountaineer, Tenzing Norgay were the first confirmed climbers to reach the summit of Mount Everest on May 29, 1953. The two were among the John Hunt led a ninth British expedition to the Mountain. Before this successful attempt, Edmund Hillary was a member of the British reconnaissance expedition to Mount Everest in 1951, and the failed effort climb Cho Oyu in 1952. Having gained interest in climbing in secondary school, Edmund Hillary made his first major climbing by reaching the summit of Mount Ollivier in 1939.

Edmund Hillary also engaged in beekeeping with his brother, Rex Hillary and that enabled him to embark on winter climbing. During the World War II, Edmund Hillary initially applied to join the Royal New Zealand Air Force (RNZAF), but later redrew his application because of his religious conscience. However, after the Pacific became threatened by the Japanese, he joined the Air Force as a navigator. Edmund Hillary served at the No. 5 Squadron and the No. 5 Squadron on Catalina flying boats. In 1945, Edmund Hillary burnt severely in a boat accident in Solomon Islands and was returned to New Zealand.

Edmund Hillary along with Ruth Adams was led by Harry Ayres and Mick Sullivan to the south ridge of Aoraki/Mount Cook, New Zealand's highest peak January 30, 1948. Edmund Hillary joined the British reconnaissance expedition led by Eric Shipton to explore Mount Everest in 1951 before the successful attempt in 1953. Edmund Hillary was also part of the British team who unsuccessfully attempted to climb Cho Oyu in 1952.

In 1953, Edmund Hillary and his friend George Lowe accepted an invitation from the Joint Himalayan Committee to join the British climbing attempt that year. This time Eric Shipton was replaced with John Hunt as the leader of the team. Edmund Hillary was in a team with Tenzing Norgay with a total number of people for the expedition amounting 400, including 362 porters and 20 Sherpa guides. Each member of the team had a role to play during the preparation for the expedition with George Lowe supervising the preparation of the Lhotse Face and Edmund Hillary forging a route through the treacherous Khumbu Icefall. The first to try the climbing wasBourillon and Evans but returned after Evans’ had a failed oxygen system. Tenzing and Edmund Hillary were then ordered by Hunt to take a turn to the summit. The two faced several challenges including them being held for two days at the South Col but received help from Ange Nyima, Lowe, and Alfred Gregory. They also faced another challenge at the 40-foot (12 m) rock, which became the Edmund Hillary Step.

Edmund Hillary was able to manoeuvre his way through and was followed suit by Tenzing. The two finally reached Everest 29,028 ft (8,848 m) summit at 11:30 am on May 29, 1953. Reaching there, Edmund Hillary stated, "A few more whacks of the ice axe in the firm snow, and we stood on top." Edmund Hillary left a cross given to him by John Hunt while Tenzing left a chocolate as a form of offering. The two spent 15 minutes at the summit and but while Edmund Hillary took a photo of Tenzing holding his ice-axe, Edmund Hillary declined to take a photograph. Tenzing noted in his autobiography that, "I motioned to Edmund Hillary that I would now take his picture. But for some reason he shook his head; he did not want it". Upon their return, 37 members of the team were given the Queen Elizabeth II Coronation Medal engraved with MOUNT EVEREST EXPEDITION. The Queen also knighted Edmund Hillary and John Hunt. Tenzing was given the George Medal by the British Government as he could not be knighted because he was a Nepalese.

On January 4, 1958, Edmund Hillary led the New Zealand section of the Commonwealth Trans-Antarctic Expedition to reach the South Pole. With Neil Armstrong, Edmund Hillary reached the North Pole with a small twin-engine ski plane in 1985. This made him the first to reach both North and South Poles and the summit of Mount Everest.

Edmund Hillary was married twice first to Louise Mary Rose on September 3, 1953. The couple had three children Peter, Sarah, and Belinda. Louise and her daughter Belinda died in a plane crash near Kathmandu airport in 1975, while on a trip to visit Edmund Hillary was in Phaphlu, helping to build a hospital. He then married Jane Mulgrew, a widow of his friend Peter Mulgrew. Edmund Hillary died on January 11, 2008, of heart failure at age 88 at the Auckland City Hospital. The then New Zealand Prime Minister, Helen Clark, announced Hillary’s death stating that his death was a “profound loss to New Zealand.” His body was cremated.

Edmund Hillary became involved in philanthropic activities after his ascent of Mountain Everest. Through the Himalayan Trust founded by him in 1960, he helped people of Sherpa in Nepal in terms of building schools and hospitals. He continued his efforts until his death.