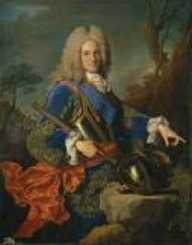 Philip V was the first Spanish monarch from a French family heritage. He rose to the throne twice in his lifetime.

Philip V was born on December 19, 1683, in Versailles in France. He was from the French Bourbon royal family. He was the son of Louis, Grand Dauphin and Maria of Bavaria. His father was the crown prince of the French kingdom. Philip had two brothers. His elder brother was Louis duke of Burgundy, while the youngest brother was Charles Duke of Berry. Philip was the Duke of Anjou.

Philip was homeschooled like most royal children. He studied under the tutelage of Louise de Prie, Francois Fenelon, and Paul de Beauvilliers.

In 1700 the Spanish King Charles II died. Since he had no heir apparent to succeed his throne, he left a will bequeathing the throne to Philip Duke of Anjou. Philip was barely 17 years at the time. Philip had family ties to the Spanish throne through his grandmother Maria Theresa. After deliberations of the will in France, all involved parties agreed to abide with the will. Philip Duke of Anjou laid claim to the Spanish throne.

As the new heir apparent to the Spanish crown, Philip renounced his royal claims to the French crown. He also hurriedly married his chosen wife, Maria Luisa of Savoy. Maria Luisa was barely 13 years of age. She died in 1714 at the end of the Spanish war of succession.

Philip rose to the Spanish throne as King Philip V. However, he faced opposition from other European powers. The English, Austrian, Dutch, and Aragon kingdoms feared the political influence Philip V would have in the new Europe. They vowed to fight him. Charles of Austria claimed the Spanish throne by virtue of his family ties through his grandmother Maria Anna of Spain. The power intrigues deepened culminating in a war.

In 1701 a war erupted in Europe between royal protagonists to the Spanish throne. King Philip V of Spain left Spain to join his forces in Italy. He fought in several battles in Naples and returned to Spain the following year. He continued fighting in several fronts winning most of the battles. Philip V won decisive battles in Almansa in 1707, Brihuega and Villaviciosa de Tajuna in 1710.

The warring parties signed two treaties during the war. The treaty of Utrecht signed in 1713 and the treaty of Rastadt signed in 1714 ended the war. King Philip V consolidated his power to the Spanish throne. He became the first member of the French ruling Bourbon family to reign in Spain. He never returned to France in his lifetime.

In 1714, Philip V won the war to the throne but lost his queen through illness. He married Elisabeth of Parma on December 22, 1714. She was nine years younger than the king.

King Philip V was an ambitious reformist. He instituted progressive reforms that made him popular within his kingdom. He also suffered from a psychological disorder that hampered his daily activities. Due to the illness, he resolved to relinquish his throne to his son. In January 1724 King Philip V abdicated his throne to his eldest son Luis I. King Luis I ruled for a short while. On August 31, 1724, King Luis I died. He was king for only seven months.

A constitutional crisis was resolved and King Philip V returned to power. He then moved his seat of power to Servile. During his second reign, King Philip V continued with his reformation of Spain. He executed power over the two other Spanish kingdoms, Aragon and Castille. He formed a formidable army with its base in Barcelona. During his time as the king, Spain had the most formidable navy in Europe.

King Philip created educational institutions. He founded royal academies and universities of higher learning. He emphasized the need to study history, medicine, and mathematics. He created factories like the apparel and textile factories in Guadalajara. He made tapestries and hide factories around Madrid.

When he became powerful, he changed his foreign policy. Philip V got more involved in European matters. He invaded and annexed Sardinia to Spain in 1717, Sicily in 1718. Spain had conquered its lost territories it ceded during the war of succession. He was involved in other European wars during the 1730s and 1740s. Spain became bankrupt since the wars depleted the financial reserves of the kingdom.

King Philip V died in El Escorial, Madrid on July 9, 1746. He was interred at the Royal Palace in Segovia. His son Ferdinand VI succeeded him.