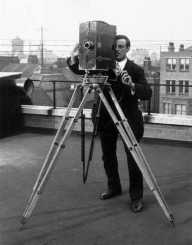 Auguste Marie Louis Nicolas Lumiere was born on October 19, 1862, in Besancon, France. He was a French inventor, successful businessman and a medical professional. He was born to Claude Antoine Lumiere (father) and Jeanne Josephine Castille Lumiere (mother). Claude was a painter, and he also dealt in photographic equipment. Auguste was brought up along five siblings, Jeanne, Juliette, Francine, Edouard and Louis Jean.

Auguste was enrolled at the La Martiniere together with his brothers. He passed out with a Diploma in Chemistry. He showed interest in Biology and medicine. Louis Jean got top honors in Chemistry and Mathematics. After graduation both Louis and Auguste went to work for their father.


Auguste As A Businessman

Auguste and Louis worked as manager and physicist respectively in their father’s factory. Their father set up a factory producing photographic plates. Auguste saved his father’s factory from bankruptcy by devising a photo plate, ‘etiquettes bleue.’ The device became famous for its ability to simplify the method of developing films.

In 1892, Claude retired and handed over his business to Auguste and Louis. The factory became successful with Auguste Lumiere managing its affairs. By 1894, the factory was producing up to 15 million plates per year. The factory’s profits rose to $15 million a year.

Auguste Lumiere began his experiment first, and in 1895 the Lumiere brothers invented the cinematography. The device was made of copper and wood. It was a device consisting of a camera, printer and a projector. Edison’s kinetoscope was associated with continuous movement while the cinematography resulted in the intermittent movement of films.

Auguste and Louis patented their device in France on February 13, 1895. On March 1895, they recorded their first film titled ‘Employees Leaving the Lumiere Factory.’ In the same year, Auguste invited private guests for a private screening of the film in Paris.

On April 18, 1895, the Lumiere brothers applied for English patent. On December 28, 1895, the brothers made their device public at the Grand Café on Paris’s Boulevard De Capucines. The brothers are responsible for the world’s first public motion picture screening.

In the 1890s the brothers invented bichromated glue process of color photography. The device was exhibited at the Exposition Universelle in Paris in 1900. In 1903, the brothers patented the Autochrome Lumiere and launched it in 1907. They earned huge profits from the launch.

Auguste Lumiere having had success in innovations in photography and motion picture technology shifted his efforts to biochemistry and medicine. Auguste joined the medical profession as a director of the radiological department in a local hospital in 1914. He also researched tuberculosis and cancer.

In 1928, he published his research findings in the medical book, ‘Life, Illness, and Death: Colloidal Phenomena.’ Auguste opened his own pharmaceutical company. He also invented his non-sticking bandages.

In 1909, Auguste and Louis received Elliot Cresson Medal for their contribution to color photography. In 1962, Auguste Lumiere was made National Order of the Legion of Honor, Posthumously.