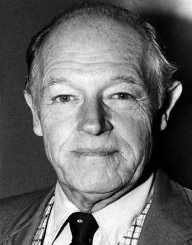 E. Edward Hunt graduated from Hamburg High School (1936) and then enrolled at Brown University (1940). In 1946, he was awarded a Guggenheim Fellowship for his writing.

In World War II, E. Edward Hunt joined the U.S. Navy and served on the USS Mayo, in the United States Army Air Corps and the Office of Strategic Services. He was an author who had many books published, both under his name and under various pseudonyms. Novels he published under his name include East of Farewell (1942), Limit of Darkness (1944), Strange in Town (1947), Bimini Run (1949) and The Violent Ones (1950). Pseudonyms he used include David St. John, Gordon Davis and Robert Dietrich for writing spy novels and thrillers.

In 1949, E. Edward Hunt joined the CIA’s Office of Policy Coordination as a cover action officer involved in political action and influence. The following year, he was appointed the OPC chief in México City. During this time he recruited William F. Buckley Jr. who worked for him in México between 1951 and 1952. Hunt was involved in the covert operation organised to overthrow Jacobo Arbenz, the president of Guatemala.

He was then assigned as chief of Covert Action in Japan and later in Uruguay. He was given the task of working with Cuban exile leaders to form a government-in-exile, grooming them to become a puppet state in Cuba after the Bay of Pigs Invasion. After the failed invasion, Hunt felt President John F. Kennedy had lacked the will to attack and overthrow the government in Cuba.

From 1962 until 1966, E. Edward Hunt was the inaugural Chief of Covert Action for the Domestic Operations Division, known as DODS. In 1964, Hunt was sent to Spain on a special assignment, posing as a retired U.S. State Department Foreign Service Officer. After 18 months, he returned to DODS. He became Chief of Covert Action for the region in 1968 and retired from the CIA on the 30 April 1970.

After retiring from the CIA, E. Edward Hunt was employed at a public relations firm. He was subsequently hired as a consultant to Charles Colson who was Special Counsel to President Richard Nixon and later became part of the White House Special Investigations unit. Various assignments had been a covert operation regarding psychiatrist Lewis J. Fielding concerning Daniel Ellsberg (July 1971), seeking damaging information on Senator Edward Kennedy about the existence of extramarital affairs as well as fall out from Chappaquiddick incident; and information relating to various assassination-related disinformation campaigns.

It was Hunt who organised the bugging of the Democratic National Committee located in the Watergate office building. He was arrested concerning the Watergate scandal and three months later was indicted on federal charges. Hunt put pressure on the White House for cash payments to cover expenses, family support and legal fees for himself and the others implicated. This payoff schemes eventually led to investigative journalists discovering the scheme.

E. Edward Hunt also put pressure on the White House for clemency in sentencing as well as presidential pardons which was also exposed. Around this time Hunt’s wife Dorothy was killed in a plane crash with $10,000 cash in her handbag. Pilot error was given as the cause of the accident which killed all onboard. Hunt spent 33 months in the Federal Prison Camp at Eglin Air Force Base, Florida. He applied for a presidential pardon but, in 1983, it was refused by President Ronald Reagan.

In August 2003, E. Edward Hunt made what he thought was to be a deathbed confession to his son relating to the assassination of President J.F. Kennedy. He claimed that he had lied at the two federal investigations when questioned about his involvement. He lived another four years and refuted the confession, asking for the notes to be returned.

E. Edward Hunt's first wife was Dorothy Wetzel, and they had four children, Lisa, Kevan, Howard Saint John, and David. After his release from prison, he moved to Miami Florida where he married Laura Martin and had two more sons, Austin and Hollis.

Hunt continued with his writing and apart from his autobiography entitled American Spy: My Secret History in the CIA, Watergate & Beyond, he published spy thrillers. E. Edward Hunt died in Miami, Florida on the 23 January 2007 at the age of 88.