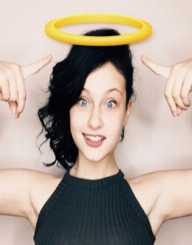 Hayley Stewart was born on March 18th, in 2004. She is one of the celebrities that make the best out of social media pages to earn fame. She is a Musical.ly Star. This is one of the in-thing these days that gives the young generation an opportunity of recording their music by simply lip-synching their favorite songs. Stewart is a pro in this, and it had made her a star just at a tender age of 13.

Hayley Stewart was born on March 18th, 2004. Her birthplace was in Melbourne in Australia. Stewart’s career has been short and full of success. Right from the beginning of her Musical.ly career, it was evident that she was heading right to the top. Stewart quickly captured the attention of Musical.ly users. She was unique in the way she mastered her acts. This made her Musical.lys enjoyable and exciting to watch. What makes her Musical.lys unique is the fact that she incorporates the use of social apps like VideoStar and Funimate. These apps give her videos the personal touch that appeals to many.

Hayley Stewart’s favorite dish is Charcoal Chicken Chips. She attests to the fact that she is not a fan of seafood. Her little brother is called Wesley, and she loves him very much. In movies, she is a huge fan of Teen Wolf. Other shows that she often watches include Pretty Little Liars and Gossip Girl.