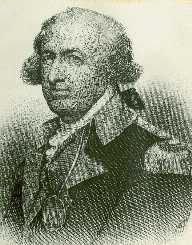 Benedict Arnold was the war general who is majorly remembered for his defection to the British side from the continental army in 1780. After gaining respect as an American patriot all that went under the bridge after shifting his allegiance to the British. He was after that regarded notorious and a traitor to the American people.

From a decent shipping merchant to the service he volunteered in the army during the war, Benedict proved to be brave and an asset to his country. He suffered many injuries and dedicated all his efforts to serve his country but instead felt unappreciated despite his determination and hard work. That was the main reason why he shifted his allegiance to the British people.

The reduced family fortunes made it hard for him to afford college fees. He, therefore, engaged in general merchandise errands from relatives for about seven years. He lost his mother in 1759 and his father two years later. He was now left with only one sibling in the entire family.

With the help of relatives, Benedict Arnold established himself in New Haven as a bookseller and a pharmacist. Through hard work, he became successful, and by 1764, he was operating ships. When the war between North American colonies and Great Britain broke out in 1775, he volunteered to fight and support the American Continental Army. His efforts were recognized by General George Washington.

Washington later appointed Arnold to be in charge of the army and rose to ranks of the brigadier. That position earned him enemies despite all the success attributed to his efforts. In 1777, about five new generalships were created, but he was overlooked for the posts. He continued to defend his people and repel attacks from the British successfully at all times.

In the process of the fights, Benedict Arnold incurred injuries that some took months to recover. In 1778, he was placed in charge of Philadelphia but started living extravagantly. The lifestyle led him to violate the military code more often to finance it. When the British appointed Major Andre as the spy chief, he began secret communications with him and his forces.

Whatever America planned, the secrets were transmitted to the British at a fee of course. This was also a strategy for him to command New York and the west point. The control was achieved in 1780, but his military strength and defense were weakening. Everything was brought to light when the Americans arrested Major Andre.

The discovery forced Benedict Arnold to escape to England in 1781. He worked hard to reestablish his career in the military, but all was in futile. He even could not secure a position in British East India Company that made his life miserable. His later life revolved around conflicts with law and ill health.

Benedict Arnold’s first marriage that lasted about eight years was to Margaret Mansfield in 1767 and had three sons. The wife died in 1775. He married the daughter of a sympathizer in 1779 and was blessed with seven children, of which only five survived to adulthood.

The defection to the British Army is what made Benedict Arnold famous over the significant wars he fought for the Americans while in the American Continental Army. It was regarded notorious, and all his good deeds were forgotten. His plot to surrender the West Point and New York forts were foiled when the Americans arrested his co-conspirator.