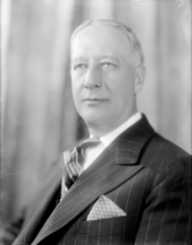 David Dubinsky was born on February 22, 1892. David Dubinsky was a labor and political leader as well. He helped form the American Labor Party. He was a baker at first before becoming a labor leader. He was also a co-founder of the Liberal Party of New York. David Dubinsky was so much into matters relating to labor that he served as the president of the International Ladies’ Garment Workers’ Union. David Dubinsky is one who took plight in the condition of laborers that he worked so hard to ensure that laborers got proper working condition.

He also introduced schemes that were helpful to the laborers. David Dubinsky was also able to overcome the effects of The Great Depression in the United States by the help of President Franklin Roosevelt. David Dubinsky died on September 17, 1982.

David Dubinsky was born on February 22, 1892, in Brest-Litovsk, Russia Empire. Russian Empire is presently referred to as Brest, Belarus. David Dubinsky was born to Bezalel Dobnievski and Shaina Wyshengrad. He was raised alongside five siblings him being the last born. His father established a bakery when the family moved to Lodz, Poland. The father became a very good baker, and David helped his father at the bakery from when he was a young boy. David Dubinsky’s work was mainly to distribute bread to various shops around his neighborhood. David Dubinsky attended a Hebrew School, and he was well versed with the Polish, Yiddish and Russian languages. David Dubinsky was a jew by faith.

David Dubinsky became a skilled baked when he was a teenager. His baking skills led him to join the Bakers Union which was associated to The Bund. The Bund was an activist union that included Jewish laborers. In 1907, he was taken into custody for being a member of The Bund. This was following the Russian Revolution of 1905. David Dubinsky did not give up on The Bund, and when he was released, he went back to the union. While in the union he organized a strike for the bakers of Lodz. His actions led to his second arrest, and he was taken to Brest-Litovsk.

After he was sent back to Brest-Litovsk, he found his way back to Lodz illegally. In 1908, David Dubinsky was arrested again for his association with The Bund and asked to go to Siberia where he was to be exiled. He escaped the exile and went back to Lodz where he continued baking under a different name. In 1911, David Dubinsky moved to New York where he started working as a garment cutter. In the same, he joined the Local 10 Association of the International Ladies’ Garment Workers’ Union (ILGWU). David Dubinsky was so engaged in his work of being a socialist that he continued with his work even after his marriage.

David Dubinsky got married in 1914. In 1918, he was appointed a board member of the Local 10 Union. In 1919, he became the vice president of the union. In 1920 and 1921, he was appointed the president and the general manager of the Local 10 Union respectively. In 1922, David Dubinsky was elected as a member of the International’s General Executive Board. In 1923, he campaigned for Morris Sigman who was then elected president of the ILGWU. In 1929, he was elected the General Secretary-Treasurer, a position that he held for thirty years in a row. In 1932, he was elected president of the ILGWU after Morris Sigman died.

In 1934, David Dubinsky became a member of the Executive Council of American Federation of Labor but resigned due to ideological differences with the other members. In 1936, David Dubinsky established the American Labor Party. In 1937, he introduced the scheme of a death benefit fund for members of the ILGWU.

Being the president of the ILGWU, he established departments such as the Investment, Political, Legal and Management and Engineering Departments. In 1945, David Dubinsky rejoined the American Federation of Labor as its vice president. In 1946, David Dubinsky made possible the introduction of the staff retirement fund of the ILGWU. David was also actively involved in the Liberal Party until he retired from the ILGWU. In 1966, his retired from the ILGWU and formed the ILGWU Retiree Service Department. In 1977, his autobiography titled ‘David Dubinsky: A Life with Labor’ was published.

In 1969, David Dubinsky was awarded the ‘Presidential Medal of Freedom’ by the President of the United States.

In 1914, David Dubinsky married Emma Goldberg. David Dubinsky was reported to have health problems a lot, and on September 17, 1982, he died in Manhattan.