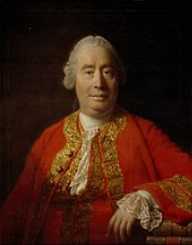 Adam Smith was a Scottish philosopher and a pioneering figure in political economy known to the world for his two quintessential works: ‘The Theory of Moral Sentiments’ (1759), and ‘An Inquiry into the Nature and Causes of the Wealth of Nations’ (1776). His second work popularly abbreviated as ‘The Wealth of Nations’ is considered as the ‘Bible of Capitalism.’ It was a marvelous work on the system of Political Economy embracing all related aspects.

The exact date of Adam Smith’s birth is not known. On June 16, 1723, Adam Smith got baptized in Kirkcaldy, Scotland. Kirkcaldy, located in the county of Fife was a tiny but flourishing fishing village near Edinburgh. His father also named Adam Smith was a comptroller of the Customs in Kirkcaldy. He was also a senior solicitor, advocate, and prosecutor. His mother was Margaret Douglas, daughter of a landowner of Fife. Smith was the second child of his namesake father Adam Smith who died when he was just two years old.

At the age of four, Adam Smith was abducted by some Gypsies and was abandoned after a pursuit was mounted to rescue him. He received his elementary schooling at Burgh School of Kirkcaldy which was considered to be one of the best secondary schools of that period. He studied history, Latin, mathematics and writing during his school life. In 1737, at the age of 14, Smith took admission at the University of Glasgow.

Adam Smith's moral philosophy teacher Francis Hutcheson served as a significant source of inspiration for him. He graduated from the University of Glasgow in 1740 winning a scholarship for his further studies. Under the scholarship (Snell Exhibition) he joined the Balliol College of Oxford to pursue his postgraduate studies.

Adam Smith spent six years in Oxford studying classical and contemporary philosophy and returned to his home after that. Influential connections from his mother’s family coupled with the support of some eminent personalities helped him bag the opportunity to deliver a series of public lectures at the University of Edinburgh. He began providing the lectures in 1748. The subjects of his lectures were rhetoric, belles-lettres and also the subject of the progress of opulence.

In 1750, Adam Smith met contemporary Scottish economist and philosopher David Hume. Their friendship blossomed, and the two shared a close intellectual and personal bond throughout their life. In 1751, Smith was appointed as a professor at Glasgow University. In the beginning, he was appointed to teach logic but was soon transferred to a more lucrative position of a professor of moral philosophy. It was an all-embracing subject with its allied fields of political economy, ethics, natural theology, and jurisprudence.

In 1752, Philosophical Society of Edinburgh enrolled him as its member. The following year Adam Smith was chosen as the Head of the Moral Philosophy in Glasgow after the death of its incumbent chief. For thirteen years, Smith continued to work as an academic which according to his admission were the most useful, honorable and happiest period of his life.

In 1759, Smith published his first major work ‘The Theory of Moral Sentiments.’ The book incorporated some of his Glasgow lectures. The book became so popular that many students from affluent families across the world started taking admission at the Glasgow University for the sake of studying under Adam Smith.

In 1762, the University of Glasgow bestowed Adam Smith with the title of Doctor of Laws (LL.D). In 1763, the popularity of the book landed Smith a golden opportunity. He was offered the chance to accompany Henry Scott, the future Duke of Buccleuch to France as his tutor. Though Smith had to resign from his position as a professor, he willingly accepted the offer. In France, he met some eminent contemporary personalities like Benjamin Franklin and French economist Turgot.

In 1766, Adam Smith's career as a tutor came to an end, and he returned to his ancestral home of Kirkcaldy. For the next ten years, his maximum time was devoted to the creation of his magnum opus ‘The Wealth of Nations.’ In May 1773, Smith was enrolled as a fellow of the Royal Society of London. He was also chosen as a member of the Literary Club in 1775. In 1776 ‘The Wealth of Nations’ was published. All the copies of its first edition were sold within only six months making the book an instant success.

In 1778, Adam Smith was given the charge of the commissioner of customs in Scotland. After the appointment, he started to live with his mother in Panmure House in Edinburgh's Canongate. He became one of the founding members of the Royal Society of Edinburgh after five years as the Philosophical Society of Edinburgh received its royal charter. From 1787 to 1789, Smith held the honorary position of Lord Rector of the University of Glasgow.

Adam Smith was a confirmed bachelor throughout his life. He shared a close relationship with his mother and after his return from France; the mother-son duo lived together. His mother died six years before his death.

Adam Smith died on 17 July 1790 in Edinburgh after a distressing illness and was interred in the Canongate Kirkyard. Most of the biographers and contemporaries described Adam Smith as a man of comic absent-mindedness. He used to talk to himself and was seen smiling in conversation with invisible companions, a habit he had developed since his childhood days. It was Adam’s last wish that all his papers should be destroyed and the command was abided to by his successors.