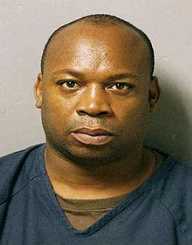 Christopher Coke is a Jamaican-born drug dealer who rose in power and was dubbed as "Kingston Kingpin". He became the head of the Shower Posse Gang, a drug-dealing syndicate that has a number of activities in Jamaica and America.

Before he became an infamous crime lord, Coke was born on March 13, 1969, as Christopher Michael Coke in Kingston, Jamaica. The son of Lester Coke who was better known as Jim Brown, the senior Coke headed the Shower Posse gang and controlled the Tivoli Gardens. At the time, the gang was hot on drug-trafficking of marijuana and cocaine in Jamaica and in the United States alongside Vivian Blake, the gang's co-founder.

With his father directly involved in crime and earning large profits, Coke and his siblings were granted education alongside the elites despite living in one of the poorer areas of West Kingston and lived a life in luxury. The crime involvement also came at a high price: In 1987, his sister was shot dead and shortly after, in 1992, his brother was also killed. Prior to his brother's death, Coke's father was charged and arrested with drug trafficking and murder charges alongside other gang members and Vivian Blake in 1990.

While waiting in prison for extradition proceedings at General Penitentiary located in Kingston, Lester Coke was involved in a mysterious fire and died.

With his father gone, Coke took over the family business. While in operation, he became known locally as "Dudus". He won the hearts of the local community and established political connections at the same time. At 23, Coke not only did he lead the gang but also became community leader where he set up community centers to aid the children and the poor, provided financial assistance and even created employment for the people. Coke's influence was so big that even local authorities had to ask for permission to enter the neighborhood from his established organization.

With his community involvement upfront, Coke continued trafficking illegal drugs in Jamaica and America and also became a regular consumer of firearms and ammunition at the black market and sold them in his homeland.

Arrest, Trial And A Life Behind Bars

Soon enough, the US government caught wind of Coke's illegal dealings and was hot on his tail. The US government requested for his extradition to the Jamaican government back in 2009. At the time, Bruce Golding served as the country's prime minister and refused. He claimed that the American government wiretapped the evidence against Coke without a warrant but gave in a year later on May 17, 2010.

With the prime minister's recent action, Coke's supporters were enraged and began protesting and soon enough became a civil war. Local shooting and bombings took place within the city and a violent tirade went on for some time. The shootings were so bad that the Jamaican government declared Kingston in a state of emergency. The local government also launched a full-scale operation for Coke's capture and arrest where he was eventually detained in a roadblock en route to the US Embassy.

Fearing he might end up like his father, he relinquished his right to extradition so he could be taken under US custody where he will hold the trial. In a statement released later, Coke said he surrendered so as to put an end to the drug-related violence in his homeland.

While awaiting trial, he was held at the Metropolitan Correctional Center located in New York City. He was initially charged in 2011 with charges on drugs and weapons trafficking but pleaded not guilty on May 2011. However, he pleaded guilty on charges of conspiracy to commit assault and racketeering conspiracy for trafficking of cocaine and marijuana into US soil at a trial held on August 30, 2011, oversaw by Judge Robert P. Patterson Jr.

He was sentenced to serve 23 years in prison on June 8, 2012, and is currently held at the Federal Correctional Institution located in Fort Dix, New Jersey and is set to be released on July 4, 2030.