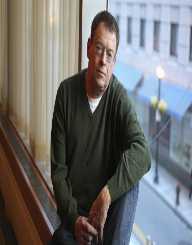 Harvey Milk was America’s first known gay public official. He was a great advocate of freedom, and worked extensively for Gay rights for a short time he was in office and before it.

Today, he is seen as a martyr of the LGBT community, and the U.S.Navy has decided to name a ship after him, the USNS Harvey Milk.

Harvey Milk was born on May 22, 1930, to William and Minerva Milk. He had one brother, Robert. His birthplace is Long Island, New York. Milk went to the Bay Shore High School.

Harvey Milk knew about his homosexuality at an early age but managed to keep it a secret quite well in his early life.

Reaction to homosexuality was harsh then, and people with such mindsets were viewed as mentally ill.  He graduated from the New York State College for teachers in 1951.

After graduating from college, Milk joined the U.S. Navy and served four years there. He also worked as a researcher for Bauche & Company.

Harvey Milk did a variety of jobs including a public school teacher, an investment banker and a production associate, while he was in New York. Bored of his life there, he decided to make a change and shifted to San Francisco.

In San Francisco, Harvey Milk opened a camera shop named Castro Camera and came into contact with other gay people. With increasing confidence, he came out and decided to contest for a position at the San Francisco Board of Supervisors.

Without any political background, and with little money, his campaign didn’t produce any results, and he lost in 1973. He lost the election once again in 1975, but this time the margin was much smaller.

Taking one more chance, Harvey Milk contested and won the election in 1977 and got a position at the San Francisco Board of Supervisors.

With this, he also became the first known gay public official in the history of America. Although the Mayor Muscone was quite liberal, this did not go well with a few members of the board, including Dan White, who was troubled by the thoughts of having gay people working around him.

Dan White ultimately resigned from his job, and then wanted to come back. Milk objected to this and suggested to put a more liberal person in the office, to which the Mayor obliged. Annoyed by this White slipped into the City Hall on November 27, 1978, and shot dead both the Mayor and Milk. Milk was 48 then.

White only got six years in prison on charges of manslaughter instead of murder. This outraged the public who were protesting peacefully and led to the infamous White Night Riots. White could not find peace, however, and committed suicide two years after his release.

Harvey Milk, on the other hand, became a martyr, a hero. Since then several books and movies have been done on various aspects of his life. He was the subject of the 2008 film, Milk, for which the actor Sean Penn received an Academy Award.

Harvey Milk was gay and had a six-year relationship with Joe Campbell. He was also associated with other men. He hid this aspect of his character for the major part of his life, only coming out in his thirties. His religion was Judaism, and he was a man of liberal views who valued freedom.