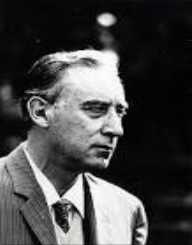 Mario Luzi is an Italian native who rose to prominence as a literary critic and author during the early 1930s and well into the 20th century. His works’ theme is heavily derived from Hermeticism, a philosophical tradition, and belief based on the writings of Hermes Trismegistus. He died at the age of 91 in Florence on February 28, 2005.

Mario Luzi was born on October 20, 1914, in Castello, situated Sesto Fiorentino, in Italy to Margherita Papini and Ciro Luzi. Both his parents are natives from Samprugnano (later known as Semproniano). Luzi spent most of his younger years in Castello where he also started his schooling.

Later on, he enrolled at Liceo Classico Galileo in Florence and pursued French Literature. His attendance to Liceo proved to be a significant event in his life for in here he met other prominent poets such as Alessandro Parronchi, Leone Traverso, Piero Bigongiari, Oreste Macrì, and Carlo Bo. For his final dissertation, he wrote a paper revolving around the topic of François Mauriac, a renowned French poet, and novelist who is the recipient of the 1958 Grand Cross of the Légion d’honneur.


A Writer in Action

Mario Luzi published his first book entitled La Barca (The Boat) in 1935 before graduating from university a year later. Upon graduation, he started writing for many literary journals while simultaneously teaching in various schools located in the cities of Rome, Parma, and San Miniato.

In 1940, he published a collection of his poems entitled Avvento Notturno (Nocturnal Advent) which contains substantial elements of Hermeticism, the same as his next work entitled Un Brindisi (The Toast) which was released in 1946. Before releasing Un Brindisi, Luzi went back to Florence and took up teaching once again but this time at Liceo Scientifico.

A year later in 1947, Mario Luzi published Quaderno Gotico (Gothic Notebook) which contained a different style of writing since Luzi dropped the usual elements of Hermeticism and opted instead for existential themes. It can be derived that the reason he started writing in a new style is in response to postwar realism. The same existential theme is also evident on two of his other publications specifically the 1952 release of Primizie del Deserto (First Fruits of the Desert) and Onore del Vero (Honour of Truth) which was released in 1957.

Two years before he released Honour of Truth, he took a teaching post in Florence University at the Political Studies Institute’s faculty in 1955. At the faculty, he taught French Literature. By 1963, he released another book which comprised of a collection of poetry entitled Nel Magma (In the Magma) which contained dramatic dialogues. He followed up with another collection of poetry two years later in 1965 with the release of Dal Fondo Delle Campagne (From the Bottom of the Field). Other notable works of his are the 1971 release of Su Fondamenti Invisibi (On Invisible Foundations), L’inferno e il Limbo (Hell and Limbo) in 1964, and Per il Battesimo dei Nostri Frammenti (For the Baptism of Our Fragments) released in 1985

In 1978, Mario Luzi became the recipient of the Premio Viareggio (Viareggio Prize) for his work on the book Al Fuocodella Controversia (At the Fire of Controversy). He also received another award, the 1991 Aristeion Prize, for his work on Frasi e Incisi di un Canto Salutare (Phrases and Digressions of a Salutary Song) which he published in 1990. The same year in 1991, he was nominated for a Nobel Prize in Literature by the Accademia dei Lincei, but he was never awarded.