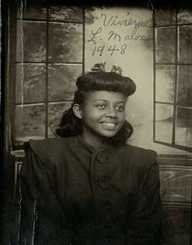 Since inception, Marjorie Lee Browne dreamt of becoming a great and envied woman. To other people's shock, she proved to the world and beyond that nothing was impossible. While still in school she loved every subject but mathematics was her cup of tea. Behind her back, her parents supported her to the core. As a result, the sky was her limit. Marjorie acquired her math skill from her protective father who was given a “math enchanter’ moniker.

Lee embraced her father’s indelible talent, and without a doubt, she fathomed like nobody’s business. In fact, she is still recalled as the first African-American lass to have received a Ph.D. in mathematics. Throughout her career, she took the time to inspire other women in regards to education as well as providing them with ample support. Though she stepped out of the world over a decade ago, Marjorie played a vital role regarding woman empowerment. Read further to know more about her early and later achievements

On 9th, September 1914 a couple, Lawrence Johnson Lee and Mary Taylor Lee were blessed with a daughter in Tennessee, Memphis, United States. She was none other than Marjorie Lee Browne whose father served as a railway post clerk. Unfortunately, Mary Taylor died when Marjorie was two years of age in 1916.After a long wait; her father married a school teacher called Lotta Lee who nurtured Marjorie as her own. At first, Johnson Lee fell in love with mathematics at his tender age. His extreme love for numbers made him join the college for two years. It felt like something was amiss in the family since black men were known for their hard work and not study.

Nevertheless, Lee encouraged Marjorie’s to take mathematics as her calling. She was taken to Lemoyne High School where she received a ‘math wizard’ pseudonym. Not to mention that she also loved sports to the core. After some time she joined Howard University in Washington, D.C, all thanks to scholarships and his father’s hard work. While there she majored in mathematics till when she graduated in 1935.

Marjorie Lee Browne was lucky to land a teaching job at a local primary school called Gilbert Academy in New Orleans. But she resigned after a year where she joined the University of Michigan. She graduated in 1939 with a degree in mathematics.

With much zeal and determination, Lee landed another tutoring job this time at Wiley College in Texas. It was in 1942 that she started to work on her doctorate at the University of Michigan. In 1947 she continued to work on her dissertation where she received her Ph.D. in 1949.She became the first black American woman to attain a high ranked degree.

Lee’s first dissertation was passed by a notable physicist called Gorge Yuri Rainich. Marjorie aimed to spread the significance of advanced math as well as empowering women to take up the challenge.

In 1951 Marjorie Lee Browne joined the North Carolina College now known as North Carolina Central University in Durham. She got a seat as a leading member of Mathematics Department. She remained in the position from 1951 to 1970.

It was her love and devotion to mathematics that made Marjorie earn several scholarships and acknowledgments. For two years she majored in the study of geometrical properties at Cambridge University under Ford Foundation organization. She also studied computing and other numerical studies at the University of California. For a year, Lee joined Columbia University where she furthered her theoretical analysis.

At Columbia varsity, Lee served as the Principal Coordinator at the Faculty of Mathematics. She also played a role of a Lecturer at Summer Institute Secondary School. In all of her working roles and department, Browne was the only staff who had a doctorate.

Throughout her career, Browne kept herself busy by attending mathematical classes. It reached a point where she used to teach for fifteen hours a week. In the process, she managed to complete over ten dissertations and several pieces of research.

In 1955 Browne’s skill was seen when she completed writing her first thesis called A Note on the Classical Groups. The paper was later edited and published by the American Mathematics Society in 1955. From 1957 to 1974 Lee penned four papers- Algebraic Structures, Elementary Matrix Algebra, Login, and Mathematical Thought and Introduction to Linear Algebra.

In 1960 Marjorie Lee Browne received a $60,000 acknowledgment from a computer manufacturing company called IBM. This was after starting a modern computer center called North Carolina College. In the process, Marjorie helped several students to climb up the ladder. Some of them include William Fletcher, Joseph Battle, and Nathan Simms.

In 1974 Marjorie Lee Browne was honored with an award titled W.W. Rankin Memorial Award for her profound contribution in the field of mathematics. With her subtle personality, she joined several educational boards such as American Mathematica Society, Mathematical Association of America and Women’s Research Society.