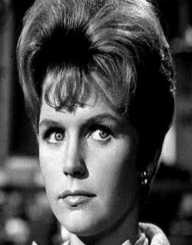 Lee Ann Remick was born on December 14, 1935, in Quincy, Massachusetts. She was the daughter of Gertrude Margaret also an actress and Francis Edwin “Frank” Remick. He was the proprietor of a departmental store. Eliza Duffield, maternal great-grandmother of Lee was a preacher in England.

Lee Remick joined the Swaboda School of Dance, the Hewitt School and took up acting at Barnard College and the Actors Studio.

Lee Remick started her acting career in 1957 featuring in Elia Kazan’s A Face in the Crowd. Remick came to limelight when she acted like a rape victim in Otto Preminger’s Anatomy of a Murder. She continued her acting career during the years followed.

Marilyn Monroe was dismissed during the shooting of the comedy movie “Something’s Got to Give” Remick was asked to replace Monroe. Dean Martin, Co-star did not want to feature with Remick as he had signed a contract with Marilyn Monroe.

Lee Remick featured in many major roles through 1960 through 1970. She starred in many TV films and achieved the seven Emmy Award nominations.

She has featured in 28 movies and 34 TV events.

Remick married William Roy “Kip” Gowans on December 18, 1970. Lee shifted to England to stay with him till death. The couple stayed in England and Osterville, Massachusetts.