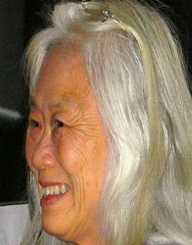 Maxine Hong Kingston was born on October 27, 1940. She is an author. She is also a Professor Emeritus at the University of California in Berkeley. In her career, she has written three novels and other literature. She has also significantly contributed to the feminist movement.

Maxine Hong Kingston was born on October 27, 1940, in Stockton in California in the United States of America. She was born to immigrants Tom and Ying Lan Hong. She was brought up alongside seven siblings. In 1925, his father moved to the United States to get an excellent job opportunity. In 1940, his wife joined him and later on Hong was born.

She started writing from a very young age. Her writing skills led her to win a five dollar prize from ‘Girl Scout Magazine.’ The essay that won her the prize was titled ‘I Am an American.’ She later attended the University of California, Berkeley where she majored in engineering. However, she then changed to English.

Maxine Hong Kingston began her career as an English and Mathematics teacher at Sunset High School in Hayward in California, United States of America. In 1967, she relocated to Hawaii where she continued with her love for writing. She wrote a lot while in Hawaii compared to how she wrote while she was in California.

In 1976, she completed and published her first novel ‘The Woman Warrior: Memoir of a Girlhood Among Ghosts.’ In the same year, she became an English teacher at the University of Hawaii at Manoa. Later in her life, she moved on to teach at Berkeley. Her first book got her the National Book Critics Award for Nonfiction. In 1980, she released her second book ‘China Men’ which won her the National Book Award.

Maxine Hong Kingston's other books include ‘Trip Master Monkey,’ ‘The Fifth Book of Peace’ and ‘To Be The Poet.’ In 1990, a documentary series documenting her life titled ‘Maxine Hong Kingston: Talking Story’ was released. The series won the CINE Golden Eagle Award in the same year. Hong had a role in the documentary ‘Becoming American: The Chinese Experience.’

In 1997, she received the National Humanities Award from President Bill Clinton. In 2003, she was arrested on International Women’s Day for advocating for women rights. Other authors who were arrested that day included authors Alice Walker and Terry Williams Tempest. In 2005, she was honoured as the 175th speaker series writer at Emma Willard School.

In 2006, Maxine Hong Kingston received the Northern California Book Award Special Award in Publishing for her work ‘Veterans of War, Veterans of Peace’. In 2014, she won the National Medal of Arts awarded to her by President Barack Obama. The influences that shaped her work include William Carlos Williams, Virginia Woolf and Walt Whitman. She loves writing about the experiences of Chinese Americans.

In 1962, Maxine Hong Kingston got married to Earll Kingston who is an actor. Together they have a son, Joseph Lawrence Chung Mei. She is currently seventy seven years old.