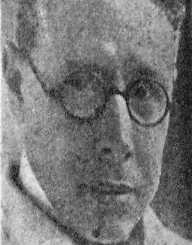 Salvador Mazza was born on 6 June 1886. He was a celebrated physician and an epidemiologist. Through his contribution, he aided in the controlling of a rural epidemic termed as American trypanosomiasis. This was during the 20th century and that the disease had affected South America.

Salvador Mazza was born on 6 June 1886. His place of birth was in Rauch in Argentina. He was the son of Giuseppa Alfise and Francesco Mazza. Both of his parents were immigrants originating from Italy.

When he was only ten years old, Mazza joined a prestigious school called the Colegio Nacional de Buenos Aires. After graduation, Mazza requested to join the Argentine Naval Academy, but unfortunately, his request was declined. This was due to medical reasons. Alternatively, he joined the University of Buenos Aires –UBA. Here, he studied medicine whereby he graduated in 1903.

While Mazza was still undertaking his graduate studies, he served as the health inspector for the Buenos Aires province. During this time, his major area of focus was to ensure that diseases were prevented and vaccination took place. After graduating from college, he shifted his focus to pathology and microbiology.

For a short period, Mazza went on to head a quarantine facility found on Martín García Island. After this, he also offered his medical services in several European hospitals. He after that earned his Doctor of Medicine degree. Subsequently, Mazza migrated to Argentina in 1910.

Four years later, Mazza crossed paths with the love of his life, Clorinda Brígida Razori. They tied the knot in 1914. Two years later, he was commissioned by the Argentine Army to research on an infectious disease that was affecting the Austro-Hungarian and the German empires. Around this period, he became friends with Carlos Chagas, an epidemiologist credited with the discovery of American trypanosomiasis in 1909.

Salvador Mazza remained married to his longtime girlfriend Clorinda Brígida Razori, and together they had a blissful relationship.

Salvador Mazza died on November 9th, in 1946. Rumor has it that he was affected by the trypanosomiasis disease that he had been trying to eradicate in his medical career. He was 60 years old when he passed away.