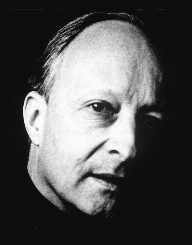 Witold Lutoslawski was a Polish composer born in 1913. He was one of the famous European composers, especially in the 20th century. Other than composing, Lutoslawski was also an orchestral conductor. In his last three decades, he also proved to be among the finest polish musicians. His work earned him many prizes and awards both locally and internationally. He is known for his unique compositions. He came up with original ideas of his work and did not go by any specific trends, fashions or traditions. This made him stand tall among other artists.

Witold Lutoslawski was born on January 25th, 1913. His birthplace was in Warsaw in Poland. He was born just after World War I broke out. He was the last born son of Josef Lutos and Maria Olszewska. He had three other brothers and a half-brother Wincenty Lutoslawski. The family-owned estates in Drozdowo. His father was involved in the National Democratic Party in Poland together with its founder Roman Dmowski.

His half-brother Witold Lutoslawski became a major influence in Lutoslawski’s life after his father died. He was a multi-lingual philosopher. The family moved back to Poland after its independence. By then all their estates in Drozdowo were ruined.

Witold Lutoslawski began his piano lessons when he was 6. He later joined secondary school in 1924 while continuing with his Piano lessons.  In 1926 he started learning the violin. This was influenced by Third Symphony performance from Karol Szymanowski's. By 1927 he had joined Warsaw Conservatory. He later left the conservatory to concentrate more on his studies.

In 1931 he studied mathematics at Warsaw University. A year later he went back to the conservatory to take composition classes. He was taught by Witold Maliszewski who turned out to be a great influence in Lutoslawski’s career. Witold Lutoslawski presented piano performance; Beethoven’s Fourth Piano Concerto and Schumann’s Toccata while at the conservatory. This earned him a diploma in piano in 1936. A year later in 1937 he also earned a diploma in composition.

Witold Lutoslawski was inducted in the police service during the Second World War. He was trained to be a Radio operator along with signaling in Zegrze near Warsaw. He managed to complete his Symphonic Variations in 1939. His brother was captured by Russian soldiers and later died in a Siberian labor camp. This forced Witold Lutoslawski to work with Andrzej Panufnik as an arranger-pianist in Warsaw cafés. It was in 1941 that he wrote Variations on a Theme of Paganini for two piano.

He worked at the Stalinist for years. He composed songs for theatre, film and even Radio. Meanwhile, he composed music for children and folk songs. His work concerto for orchestra (1954) gained much fame. By then there was a favorable cultural environment following the death of Stalin in 1953. His other works include but not limited to Musique funebre (1958) and Trois Poèmes d’Henri Michaux (1963).

In his later life, Witold Lutoslawski chose to remain a conductor. This enabled him to tour many countries like France, Czechoslovakia, Holland, Norway and finally Austria. He also conducted in BBC Symphony Orchestra, London Sinfonietta, San Francisco Symphony Orchestra, the NOSPR (formerly the WOSPRiT) and Los Angeles Philharmonic Orchestra. It gained him much fame internationally.

Witold Lutoslawski tied the knot with Maria Danuta Bogus. The two met at a café Aria where he once worked.