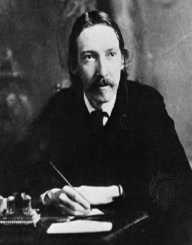 Born January 27th, 1832, in Surrey, England, Charles Lutwidge Dodgson was globally famous as an author, mathematician, and photographer.  Lewis Carroll was Charles' better-known pen name. Carroll is famous for his worldwide classics such as Alice In Wonderland and other celebrated children's favourites. Alongside literature, Carroll is widely renowned for his photography skills, with collections displayed around the world.

Lewis Carroll was born in Daresbury, Cheshire, the eldest child in the relationship between his father, Charles Dodgson and his mother, Frances Jane Lutwidge. Three older children existed from a previous marriage. Eight brothers and sisters followed. When Charles was 11 years old, his father was given the opportunity to live in Croft-on-Tees in North Yorkshire. The entire family made a move and lived there for the ensuing 25 years.

For much of his younger life, Carroll was home-schooled.  At the age of 12, Carroll attended Richmond Grammar School. Two years later, in 1846, he relocated to Rugby School, described by Carroll in later life as some of his unhappiest years, despite records of him showing academic excellence. In May 1850, Carroll enrolled at Christ Church College, Oxford but had to wait for residency until January 1851. After two days, he returned home due to his mother passing away at the age of 47.

By 1852, Lewis Carroll had earned first-class honours in Mathematics and was nominated to a Studentship. Two years later, he again received first-class honours at the Final Honours School of Mathematics, graduating with a Bachelor of Arts. His talent for Maths awarded him a Christ Church Mathematical Lectureship in 1855, an honour he held for the next 26 years. He remained at Christ Church until his death.

Lewis Carroll died of pneumonia stemming from influenza on January 14th, 1898 while staying at his sisters' home, two weeks before his 66th birthday. The funeral was held at the nearby church, and he was buried at the Mount Cemetery in Guildford.

Lewis Carroll was subject to a range of ailments throughout his lifetime. In his childhood, he suffered a terrible fever that left him completely deaf in one ear. At 17, he contracted a severe case of whooping cough, rumoured to be the cause of his severely weak chest that contributed to his death.  Also from a young age, Carroll had acquired a vocal stammer, a condition that stayed with him throughout his life.

Later, in 1868, Carroll became severely depressed due to his father's death, a low period that lasted several years, contributing a darker tone in his writing pieces.

From childhood, Lewis Carroll was renowned for his passion for writing, especially poetry and short stories. He regularly contributed to his family magazine, Mischmashch, later sending the stories to various magazines circulating at the time. From 1854 to 1856, some of his work appeared in national publications such as The Train and The Comic Times and numerous other smaller magazines. Carroll's work tended to focus on a comic outlook, occasionally satirical.

During 1856, he went on to publish his first official piece under the Lewis Carroll pen name.  This romantic poem was entitled Solitude and first appeared in The Train magazine. During the same year, Carroll was introduced to Henry Liddell and his family, who had moved to Christ Church. This family had a more extensive influence on Carroll's work over the proceeding years, especially Liddell's wife Lorina and the three daughters Lorina, Edith and Alice. It is widely speculated that Carroll's poem Through The Looking Glass was written with Alice in mind.

After many years and after showing the unpublished version to a family friend, George MacDonald, Carroll presented his first manuscript of Alice's Adventures in Wonderland to publishing firm, Macmillan, who immediately took an interest. The book receiving tremendous commercial success changed Carroll's life entirely after its release in 1865.

Queen Victoria was so impressed with Lewis Carroll's work that she demanded that he dedicate his next book to her. This following release was a mathematical volume titled An Elementary Treatise on Determinants.  While earning substantial amounts of money due to his success, Carroll continued to work his lecturer position at Christ Church.

In late 1871, Lewis Carroll published his sequel, Through the Looking-Glass and What Alice Found There featuring a much darker tone than his first Alice book. It is rumoured the tones originated from his father's death that had occurred a few years earlier.

In 1876, Carroll had published his next best seller, The Hunting of the Snark, a 'nonsense' poem that tells the tale of nine tradesmen and a beaver in search of a snark. The original printing saw 10,000 copies produced and by the end of the year, it had seen two reprints and an estimated 19,000 copies in circulation. The book was reprinted seventeen times between its launch and 1908.

Considered a lesser work of Carroll's, Sylvie and Bruno was released as a comeback attempt in 1895. The series was a two-volume story that satirized English society at the time. Although less famous than his previous work, the books remained in print for over a century.

In 1856, Lewis Carroll widely practiced the up and coming art form of photography, due to the influence of his uncle and a friend from Oxford.  He was naturally gifted and quickly became famous within the photography world. Carroll covered many subjects including men, women, landscapes, children, statues, dogs, dolls and trees. It is estimated that over half of his photographs were of young girls, in particular, the Liddell family, to whom he was very close to. Many of the pictures were also taken in the Liddell garden. After extensive research, it is thought that over 60% of his photographic portfolio is missing.

As a photographer, Lewis Carroll also was given the opportunity to photograph many individuals in the highest social circles at the time including Ellen Terry, Julia Margaret Cameron, and Lord Salisbury.

Carroll continued to photograph for 24 years, having established his studio and created over 3,000 images and abruptly stopped in 1880 due to advancing technologies and adaptations in photography style.

Lewis Carroll released nearly a dozen mathematical volumes under his real name, Dodgson. He worked within the fields of geometry, logic and recreational mathematics and contributed to developing ideas in linear algebra and probability. Much of his mathematical work was not publicly released until after years after his death. During his time at Christ Church, Dodgson was a renowned mathematics lecturer.

Two memorials can be found in the United Kingdom, dedicated to remembering Lewis Carroll's work. The first can be located on Copenhagen Street in Islington at the Lewis Carroll Children's Library. The second is a memorial stone in Poets' Corner that can be found in Westminster Abbey. Carroll's great-nephew first unveiled this in 1982.

Carroll is also famous for a variety of small inventions that were popular in his era and some that are still used today. He devised some games during his life, including what is rumoured to be an earlier version of what nowadays is called Scrabble.  Another game Carroll helped create was the Doublet; today referred to as a Word Ladder. These games can still be found in newspapers and magazines around the world.  It is unclear whether he invented the brain-teaser itself, but it is recorded he contributed to its popularity.