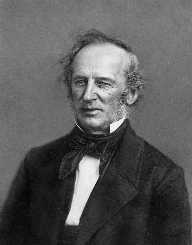 Jay Gould was one of the wealthiest men in the 19th century, who obtained his success from railroad investments. He is also known as ‘robber barons’ because he conducted illegal dealings, especially with the Erie railroad business.

Jay Gould was born in Roxbury, New York on May 27, 1836, to John Burr Gould and Mary More. His father, John, worked as a farmer while his mother Mary was a daughter of a prominent businessman. From an early age, he made it clear that he wanted nothing to do with farming. His father enrolled him in local schools and later in Hobart Academy located in Hobart, New York.

To sustain himself, Jay Gould started working as a bookkeeper for a blacksmith and earned himself half interest in the shop a year later. While still working at the store, he studied privately taking a keen interest in Survey and Mathematics. In 1854, Jay surveyed the Ulster County and created maps of the area.

Later in 1856, Jay Gould achieved publishing his first book ‘History of Delaware County, and Border Wars of New York' that he had spent years writing. In the same year, he ventured himself into a business partnership. His first partnership was with Zadock Pratt for a tanning business in Pennsylvania and became the sole owner after Pratt’s retirement.

Meanwhile, in 1856, he formed another partnership with a prosperous leather merchant, Charles Mortimer Leupp, which lasted till the Panic of 1857. During this period, Leupp lost all his money and Jay took advantage of the situation to buy him properties as most values had depreciated. However, after Leupp's death, a dispute regarding a tannery business rose up between Jay and Leupp's brother in law, forcing him to sell his shares of the company eventually.

Jay Gould’s father in law, Daniel S. Miller, introduced him to railroad industry during the panic of 1857, and in 1859, he started investing in the Rutland and Washington Railroad business by buying stock in small railways.In 1866, the Erie Railroad began to experience financial problems. As a board member, he formed a coalition with Fisk and Daniel Drew to overtake the company.

To overthrow the company’s president, they started manipulating the company’s shares and watered down the companies’ stocks. Next, they illegally issued one hundred thousand shares after bribing the legislatures. By this time, Jay had mastered the stock manipulations called ‘Erie War’ and became the president of The Erie Railroad in 1868. While in power, he traded the companies' stocks skillfully and ended up earning himself a lot of money which he used to buy another railroad company called Wabash that majored in carrying wheat.

In 1869, Jay Gould started buying significant amounts of gold reasoning that a cheaper dollar would encourage western farmers to sell wheat and in turn increase his business for the Erie Road. However his plan failed, and in turn, the price of gold rose, and the value of the dollar declined. Additionally, the stock market crashed, and on September 24, 1869, most investors lost financially during the ‘Black Market.’

These devastating events made the U.S Treasury start selling gold, and although Jay made a profit, he lost it in the lawsuits that followed as the public opinion was against him. Not giving up, he continued manipulating the stock price in association with Fisk leading to a significant loss in 1870.

In 1873, Jay Gould met an imposter who influenced him to get a stock worth $ 1 Millionth. By and large, the imposter claimed that he was Lord Gordon-Gordon and promised Jay to help him regain his control of Erie Railroad. After getting the stock, he flew to Canada. Not willing to lose everything, Jay followed and kidnapped him but was arrested by the authorities and jailed.

Shortly afterward, his influential friends freed him, and although he could no longer take control of Erie Railroad, he had secured for himself worth $25 million.
Additionally, he was appointed the manager of the Rensselaer and Saratoga Railroad where he made a lot of money.

In 1873, Jay Gould took advantage of the Panic to take control of the Union Pacific and built a railroad in the Midwest and west which dialled with shipments of farmers and ranchers.In 1874, he acquired Pacific Telegraph Company followed by the Missouri Pacific Railroad in 1879. By this time he had full control of 16000 km railway which led to increased profit and monitoring interest.

Jay continued acquiring vast amounts of wealth in 1881 where he obtained a controlling interest in Western Union Telegraph Company and a bottleneck control in the east-west road at St. Louise.

Jay Gould married Hellen Day Miller in 1863, and as a couple, they had six children. Their matrimony ended after the death of Hellen in 1889. Additionally, his oldest son named George Jay Gould became a well-known owner and manager of several rail stations while his oldest daughter Hellen Miller Gould became a philanthropist.Jay was a man of religion and attended the West Presbyterian Church.

Jay Gould is featured as the principal character of the novel ‘The New Colossus’ of Marshall Goldberg. Additionally, he is a character in a mini-series program ‘The Admass Chronicles’ where he appears in the final episode. Remarkably, Jay was part of a documentary known as ‘The Men Who Built America’ portrayed in 2012.

Jay Gould died of tuberculosis on December 2, 1892, in New York at the age of 56, and was laid to rest in Woodlawn Cemetery.

Jay Gould died with a net worth of $72 million which he willed to his family.