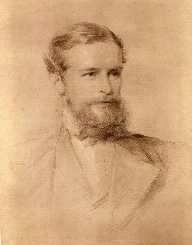 Pitt Rivers is most well-known for his findings within the archaeological methodology, and for his display of archaeological and ethnological collections inside of a museum.

Pitt Rivers was born near Wetherby, Yorkshire on April  14, in the year of 1827 He was born to William Lane-Fox and Lady Carolina Douglas, who was the sister of George Douglas, the 17th Early of Morton.  He had an older brother named William.

It is believed that Pitt Rivers was educated in his home by private tutors, and was taught both Latin and Greek as subjects. Eventually, he enrolled at the Royal Military College at Sandhurst where he spent less than a year.

Pitt Rivers had a successful career as a staff officer, after attending the Royal Military College at Sandhurst for six months when he was 14 years old. He was commissioned into the Grenadier Guards on May 16, 1845, as an ensign. Pitt Rivers remained in the military for 32 years but only saw front-line battle once in 1854.

In 1850, Pitt Rivers was promoted to Captain and then to lieutenant-colonel in 1857 for “distinguished service within the field” for his service within the time of the Crimean War. He retired from the military in 1882 and was given the title of Lt General.

By the time he retired, Pitt Rivers had compiled collections of tens of thousands of items and specimens from around the world. These collections formed the basis for the Pitt Rivers Museum.

Pitt Rivers was an active advocate for cremation- a practice that is normal in today’s society but was illegal in England while he was alive. Pitt Rivers favored cremation as a way to dispose of bodies and was cremated when he died in 1900.

Pitt Rivers married Alice Margaret Stanley in 1853 in London. Pitt Rivers had proposed to Stanley in 1849 when he was 22 years old. This was a young age for marriage for a person of Pitt Rivers’ class at the time. Not only were they married young, but the marriage was not initially approved of by Stanley’s parents who disapproved of their daughter’s choice of husband.

During the first year of the marriage, the couple gave birth to a child who was a still-born. From then on, the couple had a total of 9 children. They were all born between 1855 and 1866 and reached adulthood. It’s also thought that Pitt Rivers was a harsh father, who punished his children severely for their mistakes. His children were studious and most obtained a higher education after high school.