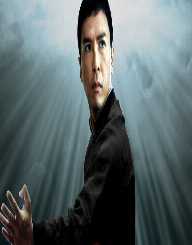 IP man was referred to as Yipman. (Real name was Ki man) He was a Chinese expert martial artist and best known for teaching the Wing Chun form. He had several students who later became martial arts teachers his famous and favorite student was Bruce Lee.

IP man was born to Yip oi Dor and Ng Shu and was the third of four children. He was brought up in wealthy family in Foshan, China. He got a traditional education, Yip started learning wing chum from Cham wah- shun when he was 7year old. Chan was 64 at that time. Ip became last and youngest disciple of Chan Shun .due to his master s age Ip learnt most of his skills and techniques from Chan’s second eldest disciple and was able to train 3 years before his master s death.

At the age of 15 Ip moved to Hong Kong with the help of his relative Leung Fut-ting, one year later he joined School St Stephen s College for all wealthy families and foreigners who lived in Hong Kong. He continued his martial arts training,  Yip man was a troublemaker and would get into fights.

When Ip was 24 years old returned Foshan he became a police officer. Yip man was known as the unarmed scholar –detective of   Futshan. He did not run Wing Chun School but taught for his friends and relatives. Kwok Fu and Lun koi are Ip man s students and friends. The art of Wing Chun In Foshan area became popular from above two students.

In 1949 when Chinese communist party came to power Yip went back to Hong Kong where he opened wingchun school and became first martial arts master and trained students. Initially business was poor, because of prominent student Bruce lee school became more popular Yip man opened large martial school. Due to best reputation of the school, number of students started enrolling. Ip man taught all his students differently depending on their skills and ability. The Wing Chun “s being taught around the world vary from each other, depending on which branch of the Wing Chun family tree.

In 1967 Ip and his students started the Wing Chun Athletic Association. In 1970 he retired from teaching but he was practicing regularly. Wing Chun training continued under the management of his sons.

Yip man is the most skilled martial artist in Foshan. He belongs to wealthy family he feels no need to accept any disciples wants to spend time with his family. Yip s status enhanced when he defeated violent, rude highly skilled northern Chinese martial artist master.  Meanwhile, southern masters forced Yip man to represent them and Yip to be tested by southern masters before challenges Gong Yutan. However this fight to be an exchange of philosophical ideas.

When the communists took over China they forced wealthy and influential people connected Kuomintang the political party of   Dr. Sun Yat Sen the first president of Republic China. Yip man felt to escape to China by leaving his family. This made Yip to find out suitable job, He quickly started practicing martial arts and teaching members of the Restaurant Workers Union. Among the staff members of the union, Lok Yiu became the second senior student of Yi man.

In 1970 Yip man retired from teaching and enjoying life going out for dinner with his friends and students. He was giving private tuitions to some students at home.

In1972 his medical report showed that he got throat cancer gradually became weak. His last wish was to have “Wooden Dummy Technique 8 mm film by watching this short film Yip man using his strength to his dummy technique filmed. He was still going to tea house or dining out with his friends. When conditioned became worst, he was admitted to hospital and finally died 2nd December 1972.

During the Asian and word Kung Fu contests the members of the Wing Chun sports team received high honors thus helped Wing Chun to prosper around the world. Today Wing Chun is the most leading Martial art to appear in the 20th century in China.