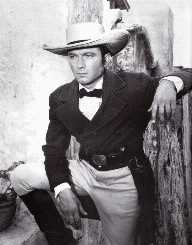 Laurence Harvey was born 1st of October in the year 1928. His family migrated to South Africa from Lithuania during the first quarter of the 20th century. They landed in South Africa in 1934, and he was one of the family’s three sons. His parents had Jewish ancestry, and he was remarkably poised for the limelight. Laurence Harvey joined the South African Army in the heat of WW2 and was active in the entertainment section. Harvey was posted to Italy for a tour of duty and later in Egypt as well. When the war ended, Laurence returned to begin a career as an actor in South Africa.

When Laurence Harvey bagged a scholarship to the London-based Royal Academy of Dramatic Arts, he moved to England. He served out his apprenticeship at the regional theater before moving to Manchester in the year 1940. He did a few stunts with the Library Theater of the city of Manchester and held himself out as a hustler.
He never shied off working on anything as long as it would give him a paycheck. This was the pattern of his life until the time of his demise.

Laurence Harvey made his big-screen debut when he starred in the 1948 film, House of Darkness. At this time, Harvey signed up on the role of the Associated British Studios. His early attempts to make a success of commercial theater failed while at West End in London, and he never got on to be a stage star. In 1952, Laurence Harvey was signed on to Shakespeare Memorial Theatre. He took on a combative role and demeanor while holding him out before the media as an accomplished star. This gambit paid off in 1953 as he was signed by Romulus Pictures and projected as a star.

It was later in 1954 that Laurence Harvey started the walk in stardom as he was cast in Romeo and Juliet, and he took on the lead role of Romeo. While many saw him as mostly aloof on stage, it seemed to work well for the screen. Hollywood gave him a look-in, and he was signed on by Warner Bros. The lead role came his way when Warner Bros announced the cast for the 1954 film, King Richard, and the Crusaders.Harvey also showed up in the following year for I Am a Camera. Laurence Harvey hit real acclaim with the 1956 feature in Three Men in a Boat, and this was a confirmed runaway hit.

Laurence Harvey was back as the British media lackey when he made a meal of the 1949 hit, Room at the Top. In the same year, Look Back in Anger also hit the big screen and it became a panoramic turnaround for the British movie business. The spin-off was too high in acclaim across the Atlantic in Hollywood. When Laurence is reviewed dispassionately, the British see him as their own. And this pulls him away from the Jewish ancestry he had or the adopted nationality of South Africa, where he was raised. He possessed a ruthless ambition and at the end, braggadocio and all, he attained more success than the loved Brit, Richard Burton.

Laurence Harvey was a character who longed and dreamt of escaping the drudgery of working life to something more successful. Though the template of how much of this success is more of a variant, it was something to subject to scrutiny. Laurence had other issues to contend with as he lived beyond his means and was a spend-thrift.Harvey's high-flying lifestyle was not commensurate with the pace of his earnings’ growth, and he was perpetually in debt.

Laurence Harvey made a meal of his Hollywood opportunity and this perhaps robbed him of the chance to consolidate on his British ascendancy. His supporting roles beside Liz Taylor in the 1960 flick, Butterfield 8, are notable. This was an Oscar-winning assemble that made him a close friend of Liz. Beyond the reviews of his life with Liz, Harvey also starred alongside John Wayne in the 1960 high acclaim, The Alamo. His signature and the enduring role was when he got cast as the 1962 roof-raiser, The Manchurian Candidate.

Harvey was the lead act as Raymond Shaw, and this was one score that fit him as an affectless and dispassionate screen sensation.

In the film festival roll that held in Munich in the year 1962; Laurence Harvey was given the prize as the Best Actor. This he got for his role in the timeless story of The Wonderful World of the Brothers Grimm. Laurence Harvey hit the big screen once more when the “Rashomon” was made into a movie after massive Broadway success. He was cast alongside Claire Bloom and Paul Newman in the film which was titled in 1964 as “The Outrage.“

Playing alongside Paul Newman could be seen as a commercial pairing, but not a few buffs saw Laurence’s showing as uninspiring. The life of the stars does not always go in a rocket –like a pathway as many might think. They remain subject to the same vicissitudes that every day people face in their spheres of life.

Laurence Harvey had a daughter in August 1969 with the Model, Paulene Stone. Stone was best known for her Vogue appearances. The girl was named Domino Harvey, and she was the result of an affair that lasted 36 months. Laurence was known to be married to Joan Cohn, who was the widow of the Columbia Pictures, head honcho, Harry Cohn. Laurence divorced Cohn and married Stone after that.