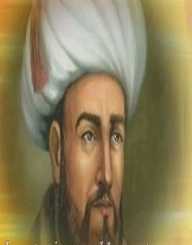 Persian polymath Nasir al-Din al-Tusi was born in Tus, northeastern Iran. The career in Tus, al-Tusi’s father, was a jurist at the Twelver Imam School, the main sect of Shi’ite Muslims.

Around this time Al-Tusi began to be recognized as a scholar of note, and he established a reputation for brilliance.

After the Mongol invasion under Genghis Kahn arrived in Tus in 1220, Nasir al-Din al-Tusi was attracted to the more peaceful region controlled the Assassins, who advocated a more intellectual form of Shi’ism. They controlled the castle of Alamut in the Elburz Mountains and other forts in the mountainous area. Al-Tusi joined the Assassins under the ruler Nasir ad-Din Abd ar-Rahim. During his time with the Assassins, al-Tusi produced works on logic, philosophy, mathematics, and astronomy. Nasirean Ethics his most famous work was written in 1232 and dedicated to Nasir al-Din Abd al-Rahim.

In 1256 the army of Hulegu Khan invaded, and al-Tusi became a scientific advisor. He also appointed the head of the ministry of religious bequests. Around this time he also married a Mongol woman. Hulegu Khan agreed to construct the Rasad Khaneh Observatory in 1259 so that al-Tusi could carry out scientific astrological research.

Nasir al-Din al-Tusi is considered the most important author of medieval Islam. He wrote over a hundred and fifty books in Arabic and Persian covering a wide range of subjects. His work led the way for trigonometry becoming a branch of mathematics apart from astronomy. His contributions to astronomy include the invention of a geometrical technique known as the Tusi-couple.

Al-Tusi's planetary system model was used until the heliocentric Copernican model appeared. He was also responsible for the astrolabe, and he was the first astronomer to recognize that the Milky Way consisted of vast numbers of small, clustered stars. Galileo Galilei went on to prove this to be the case in 1610